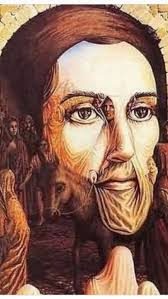 Numerous good reasons can be given for why things aren’t always to be taken at face value. For one, we don’t take everything at face value in our everyday lives. We have idioms and hyperbole. We make veiled allusions to things in literature and politics and so on. In the case of scriptures there is all of the above plus the fact that it was written primarily to an audience in a totally different time and place with their own idioms and language and customs and history, as well as quotations from and allusions to Old Testament passages in the New Testament scriptures. Even if God did always reveal things in plain, simple language (and he didn’t), what we interpret as the “face value” meaning of a passage may not be the meaning the original audience could have taken at face value. Other authors and bloggers have developed this point quite well.1D.A. Carson, Exegetical Fallacies (Grand Rapids: Baker Academic, 1996) 103-1052Allison Quient, “Clear Meaning or Simplistic Interpretation?,” Allison’s Blog, July 31, 2012, http://allisonquient.wordpress.com/2012/07/31/clear-meaning-or-simplistic-interpretation/

Now, one might still counter that God is not a God of confusion—one of the most abused biblical phrases, I believe—and therefore he would surely speak in a way that any layman could take at face value today as easily as his original audience could. After all, the Bible is still his revealed word, even thousands of years later. However, even if out of dogma and presupposition we ignore all of the factors brought up above, as well as plenty of others—like the fact that most people don’t know ancient Greek, Hebrew, or Aramaic and therefore need scholars just to be able to read the Bible, never mind understand it—we can see in practice when we look at what the Bible says that not everything is to be taken plainly and at face value. Traditionalists are not the only ones who can take passages at face value when looking at the Bible’s teaching on hell. It is true that annihilationists don’t take every relevant passage at face value,3e.g. Matthew 25:41; Revelation 20:10 but this is hardly the case with all relevant passages. This whole argument, that traditionalism is better because of the face value meaning of the Bible, falls apart when one demonstrates just what happens when we take everything in the Bible at face value.4Examples and portions excerpted from “The Bible Teaches Annihlationism,” by Joseph Dear

Traditionalists have to explain, for example, how lost humans will always be sentient beings when the Bible says that God “destroys” both body and soul in hell. (The same goes for numerous passages that speak of the lost being doomed to “destruction.”)5Matthew 10:28 Now, one might quibble over what “destroy” means, but just think about what would happen if you asked a bunch of lay Christians on the street if they thought God would “destroy” souls in hell. They would probably all give a resounding no, since the soul is immortal, they believe. With some irony, however, Plato, who taught that all souls were totally immortal and indestructible, used the same Greek word translated as “destroy” in Matthew 10:28 to describe what cannot happen to a soul.6Jay Guin, “Surprised by Hell: Plato and the New Testament,” One in Jesus [Blog]. August 12, 2008, http://oneinjesus.info/2008/08/surprised-by-hell-plato-and-the-new-testament/

The traditionalist must also explain how, if God reduces the wicked to ashes at judgment,7Malachi 4:1-3 the lost can continue to exist in torment. At face value ashes are not conscious; and, since body and soul are both destroyed in hell,8Matthew 10:28 it isn’t just the body being destroyed and liberating the soul to then suffer more, or something like that. This point is expressed in picture and analogy as well,9Matthew 13:40; Luke 3:17 and being compared to burnt up plants hardly sounds like eternal torment when taken at face value.

Furthermore, at face value, being warned of “death” in contrast to “life” certainly doesn’t sound like eternal conscious existence either, given what death appears to be, at face value. One might argue that death means separation; but even if that were the case—and I address this in The Bible Teaches Annihilationism and probably will again in a future post—using this technical, theological meaning (of a word which outside the Bible means something quite different) is hardly taking it at face value. If you asked a lay Christian whether or not the soul ever dies, you would again find a resounding no. (Although apparently nobody told James; see James 5:19.) Rather it is believed that “every human being ever born lives forever.”10John MacArthur, “The answer to life’s greatest question, Part 1,” Sermon, Grace Community Church, Sun Valley, CA, August 24, 2003). The traditional view is said to be more righteous than annihilationism because it allows the wicked “to continue living in a state with a low quality of life.”11Gary Habermas and J.P. Moreland, Immortality: The Other Side of Death (Nashville: Thomas Nelson, 1992), 173. Thus we have the old cliché that we read on the occasional license plate and hear every once in a while in church: “Everybody lives forever somewhere.”

Interestingly, in light of Romans 6:23, as well as Paul’s references to “destruction,” Alice K. Turner determines that Paul didn’t believe that sinners go to “hell” but that he held to “annihilation theory.”12Alice K. Turner. The History of Hell (New York: Harcourt Brace, 1993), 52. Note: Turner incorrectly cites Romans 6:23 as Romans 5:6. Now, one might say we should not be getting our theology from an unbeliever such as Alice Turner, and I would agree whole-heartedly. But I don’t cite Turner because I think she accurately preaches the Bible; I cite her because if there is one thing that unbelievers tend to be quite good at it is reading the Bible at face value. After all, if one assumes that Christianity is false and the Bible was just a bunch of made-up contradictory stories written by backwards and simple-minded ancients, then one has no reason to look any deeper than what the text says at face value.

Regarding final punishment again, it is also true that when taken at face value the Bible not only seems to teach eternal torment in places and annihilationism in others but it also teaches that everyone will be saved! God desires that all men be saved.131 Timothy 2:4 He desires that none perish.142 Peter 3:9 Surely God gets what he wants! Also, all men are made alive in Christ just as they all died in Adam.151 Corinthians 15:22 Jesus is the propitiation for the whole world,161 John 2.1 the Lamb of God who takes away the sin of the world.17John 1:29 God is reconciling all things to himself.18Colossians 1:20 Universalists also take a lot of passages at face value, but that doesn’t make them right.

Furthermore, this goes beyond discussions of final judgment to all sorts of other topics. At face value, the Bible teaches that Jesus isn’t God! What does Jesus say to the Father when praying to him in Gethsemane? “Now this is eternal life: that they know you, the only true God, and Jesus Christ, whom you have sent.”19John 17:3, ESV There is only one true God, and Jesus is someone in addition to that one true God. At face value the Bible also teaches that God is a human (before and outside of the incarnation). After all, he has arms,20Isaiah 40:10 hands,21Isaiah 11:15 and a face.22Exodus 33:20 Mormonism doesn’t get its crazy and ridiculous ideas about God out of thin air. Interestingly, God also has wings.23Psalm 63:7 At face value, Jesus was hung on a tree, not killed on a cross.24Acts 5:30 At face value, the sun revolves around the earth,25Ecclesiastes 1:5 an earth which is not a sphere but a flat quadrilateral!26Revelation 7:1 Nobody can take scripture at face value all of the time, which is okay; God gave us reason for a reason.

Joseph Dear is author of the comprehensive study, The Bible Teaches Annihilationism. An accounting professional by trade, in his off time he purposefully shares any insight and wisdom he gains through prayer and Bible study, in the hope that it will be useful to others in their walk with God, and may further the cause of our Lord Jesus Christ. In addition to blogging here at Rethinking Hell, Joseph maintains 3-Ring Binder, his personal website and blog.
All Articles
PreviousEpisode 3: The Goodness of God with John Stackhouse
NextEpisode 4: The Case for Annihilationism with Glenn Peoples
Scroll Up