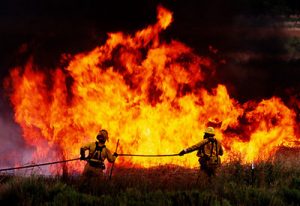 If someone spoke of hell as a fire that will not be quenched and worms that will not die, many believers would hear such language and think it was referring to worms and fire biting and burning and tormenting people forever. And that is fair, given the traditions and presuppositions many of us will bring to the table by default. For this reason, Mark 9:43-48, most notably verse 48, is commonly believed to speak of eternal torment in hell.

But when we look at it just a little bit deeper, especially after taking into account the Old Testament background of the passage, this passage no longer makes a good case for eternal torment. If anything, in light of the passage’s Old Testament background, this passage serves as evidence for evangelical conditionalism and against the traditional view, not the other way around.