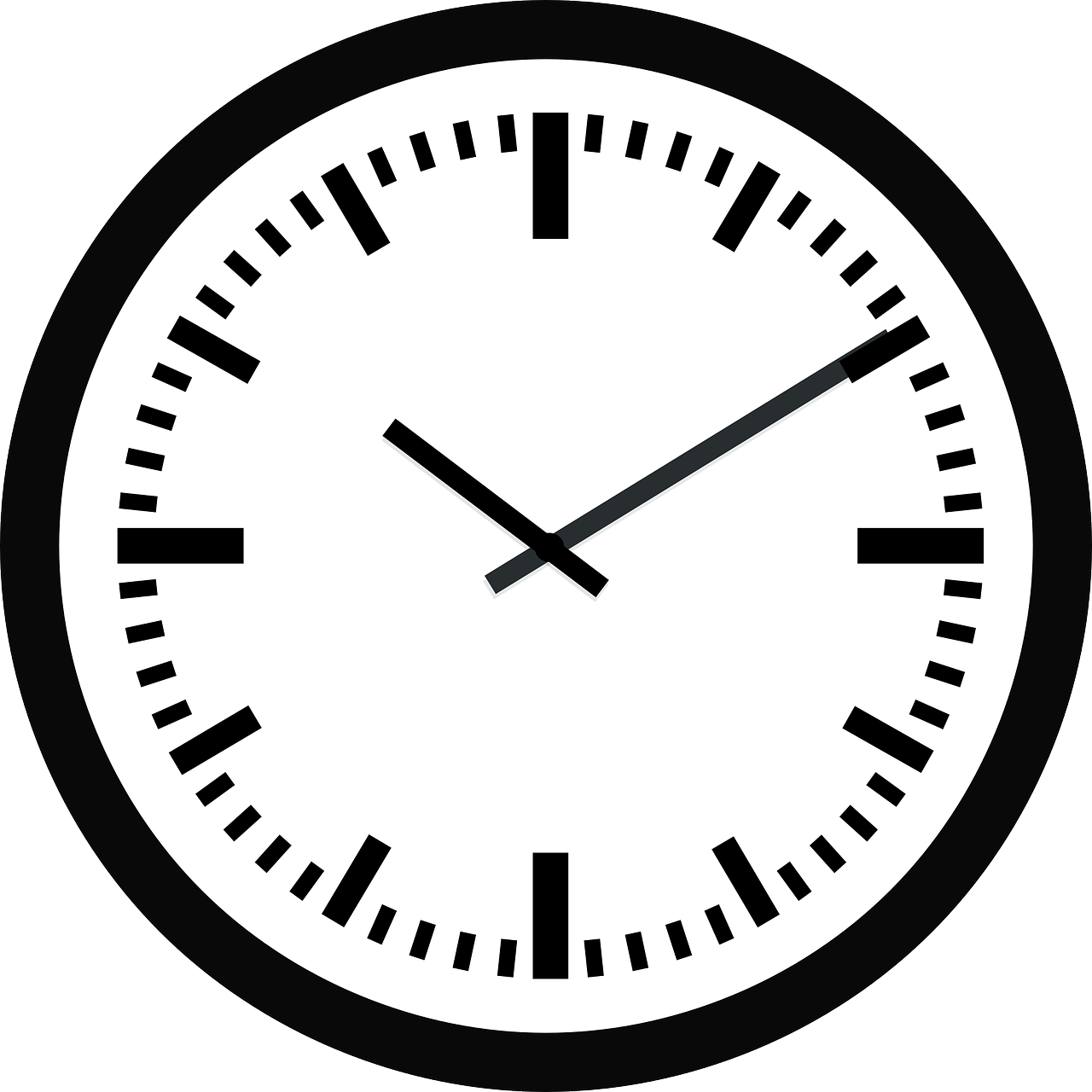 Prolepsis. It’s not a word that the average person uses in day-to-day life, but it is an idea that we are all familiar with. 1 The following has been adapted from a blog post on my 3-Ring Binder blog on October 5, 2016 titled “Prolepsis and the Bible: When Future Events Are Spoken of As Current Reality.” Used with permission.

The idea behind prolepsis is quite simple. Merriam-Webster defines it primarily as “the representation or assumption of a future act or development as if presently existing or accomplished.”

There are times when future events are described as being present realities. This is true in life and in the scriptures. And this is especially important when evaluating any argument made that says because the Bible speaks of something in the present tense, it therefore is saying that whatever is being spoken of is in fact a present reality.

This common figure of speech applies to the many things in scripture, and hell is no exception. Most notably, language of death and life in the Bible follows this pattern. Missing this can cause one to impose onto the Bible strange and baseless definitions of terms like “life” and “death,” often while mistakenly believing that they are in fact the ones taking the language literally or in a straightforward manner.

Before we see how this plays out in the hell discussion, it is important to get a good grip of what prolepsis is and how it plays out, both in scripture and outside of it. This is because the relationship between prolepsis and the question of hell is largely an extension of its relationship to the rest of the Bible and the doctrines within it.

Therefore, here in Part 1, we will focus mainly on how prolepsis plays out in the Bible on a general level. With that groundwork laid, in Part 2 we will look at how this concept –this common figure of speech called “prolepsis”– affects how we are to interpret what the Bible has to say about final judgment. Part 3 will serve to address various questions and concerns that may arise with this interpretation of relevant death/life language, and will show that such concerns do not warrant rejecting the prolepsis interpretation of key passages.

Prolepsis is by no means unique to the Bible. We use it even today. Consider the trope of a death row inmate being walked to the gallows and other prisoners shouting “dead man walking.” Clearly, the inmate isn’t actually dead. However, his fate is sealed and his death is imminent. They say he is “dead” in order to mean that he is as good as dead. It is a future state spoken of as present for emphasis on its nearness and apparent certainty (more on that in a moment).

Similarly, every time a kid does something wrong and says that they are “dead” because of what their parents will do when they find out, that kid is using prolepsis. Now, they are also using hyperbole, because if they thought their parents would literally kill them, that would be quite a problem. We know that they just mean their parents will punish them and that is bad. But the hyperbole aside, it is also speaking of a future event as present. The parents don’t even know yet. The metaphorical killing has not happened yet, even though it is spoken of in present tense. It is prolepsis.

Prolepsis occurs at various points in scripture as well. According to Kenneth Gentry: “A common literary device is prolepsis. Prolepsis is the anachronistic representing of something as existing before its proper or historical time…The scripture is filled with examples of prolepsis…” 2 Kenneth Gentry, God Gave Wine: What the Bible Says about Alcohol, (Oakdown, 2011), 42. Gentry then points to several examples regarding wine in the Old Testament where grapes are spoken of as being wine, such as Judges 9:13 and Isaiah 65:8 3 Kenneth Gentry, 42-43.

Prolepsis is simply a technical term used to describe common occurrence in scripture and literature in general. As such, one can appeal to the concept as understood, even when the specific term is not invoked. For example, Stanley D. Touissiant, a dispensationalist, appeals to the “futuristic present meaning” when discussing the following declaration by the Lord Jesus: “For behold, the kingdom of God is in your midst” (emphasis added) (Luke 17.21b). He writes, “The present tense of is…[in Jesus’s statement] is no problem; it is futuristic in significance, a common enough phenomenon” (bracketed statement his). 4Toussaint, Stanley D. Toussaint, “Israel and the Church of a Traditional Dispensationalist,” Three Central Issues in Contemporary Dispensationalism: A Comparison of Traditional and Progressive Views, ed. Herbert W. Bateman IV. (Kregel, 1999), 236. Whether or not you agree with Touissiant’s conclusion regarding Luke 17:21, it is an example of an appeal to prolepsis. According to Touissant, the kingdom of God was not actually in the midst of those to whom Jesus was speaking. Jesus was speaking of a future event as though it were current.

The Bible has clearer instances as well. Genesis 20:3 is an example. This was after Abimelech, king of Gerar, took Abraham’s wife Sarah to be his wife after Abraham and Sarah said she was only his sister. Prior to consummating the union, God comes to Abimelech and says “you are a dead man.” In this context, God was warning of impending physical death. It wasn’t a Reformed catechism warning that Abimelech was “dead in his sins” because he was so depraved that he could not respond to God apart from spiritual regeneration. God was simply warning Abimelech that he was about to physically die since he had taken another man’s wife as his own.

Of course, God is also just, so when Abimelech replied that he was told Sarah was just Abrahams wife and then sent her away, God didn’t kill him after all. But the point is, God said to a living person that he was already “dead” because he was doomed to die imminently.

God basically told Abimelech “you are a dead man” in the same way that a death row inmate headed to his execution would be called a “dead man walking” by fellow prisoners. Prolepsis.

Notice also in the case of Abimelech in Genesis 20, even though he was called “dead” already, by changing course, Abimelech avoided death entirely (in the context in which he was going to die prematurely). Therefore, proleptic references do not necessarily have to refer to events that cannot be changed. Although prolepsis can be used to emphasize certainty, it also applies in situations that can be changed. King Abimelech was “dead” in that he was headed for death, but his death was still preventable (this will be very relevant in Part 2). And God, who used prolepsis, would of course know that Abimelech’s death was preventable. I am sure that that is why God spoke to Abimelech in the first place. Nevertheless, Abimelech was heading to death, and so he was “dead.”

One example of prolepsis in the New Testament is 2 Timothy 1:10 – “but now [the grace and purpose of God] has been revealed by the appearing of our Savior Christ Jesus, who abolished death and brought life and immortality to light through the gospel.”

Has death really been abolished? Certainly not. That is undeniable. People still die. Some still die in their sins. Physical death, and any manner of so-called spiritual death, still clearly exist and have power. Death is alive and active. It is obvious that death has not been abolished, destroyed, deactivated, or anything of the sort. So how can Paul say that Jesus abolished death?

The answer seems simple to me: by dying on the cross for our sins and rising from the dead, Jesus assured that death would be abolished. It is a done deal. The work has been done and it is a sure thing. There will be a resurrection. There will be eternal life for those who believe. We are now just waiting for God to pull the trigger. When we walk down the hallway to our deaths, those around us can rightfully say “living man (or woman) walking” because our fate of eternal life is sealed in Christ. And for that reason, it can be said that Jesus has abolished death – proleptically.

Prolepsis in the Bible Overall

Now, taken at face value, these various passages would seem to say that these things were already present, not future. After all, God didn’t say to Abimelech “you will die soon”; God said “you are a dead man.” Ya know, “God said it, I believe it” and so forth. Therefore, Abimelech was actually dead!

Except not, because Abimelech wasn’t dead. He wasn’t dead any more than the walking and breathing “dead man” on death row. Wine doesn’t come in the form of solid grapes. Death is still around despite the fact that it has already been abolished. This just is a way that people talk, and it is a way the Bible authors wrote.

Like a lot of matters of Bible interpretation, and interpretation of any other communication really, there isn’t a hard and fast rule as to how you know something is proleptic. That’s just not how language works – especially when you are literally thousands of years removed from when something was written. This is true even in God-breathed scripture. And for that reason we really need to accept that even if everyone does everything right, there will still be some disagreements about the Bible’s teachings here or there (until we are in God’s kingdom, that is).

But in the case of prolepsis, a lot of the time, you can tell. I pointed to the examples that I did in Part 1 because once you have prolepsis in mind, it’s pretty clear what is going on.

Not all cases of possible prolepsis are so free of controversy, of course. And those are the ones that we are most interested in. For how all this talk of prolepsis applies to hell, stay tuned for Part 2.

Joseph Dear is author of the comprehensive study, The Bible Teaches Annihilationism. An accounting professional by trade, in his off time he purposefully shares any insight and wisdom he gains through prayer and Bible study, in the hope that it will be useful to others in their walk with God, and may further the cause of our Lord Jesus Christ. In addition to blogging here at Rethinking Hell, Joseph maintains 3-Ring Binder, his personal website and blog.
All Articles
PreviousEpisode 147: Public Ministry and the Shibboleth of Hell, with Dan Paterson
NextIntroduction to Evangelical Conditionalism: Death and Life in the Bible (Part 1)
Scroll Up