There was a popular awareness test video from when I was in college that I think can be very illustrative of an important point to remember when reading the scriptures. And this lesson is not only relevant when studying what the Bible says about final judgment. Rather, it is something believers should always remember. END_OF_DOCUMENT_TOKEN_TO_BE_REPLACED

Now, compared to Revelation 20:10, explaining how this passage is compatible with evangelical conditionalism (if not evidence in favor of the doctrine) will be fairly simple. Once the Old Testament background of the language and imagery of the passage is made clear, any reasonable observer should see why a conditionalist interpretation is at least reasonable. END_OF_DOCUMENT_TOKEN_TO_BE_REPLACED 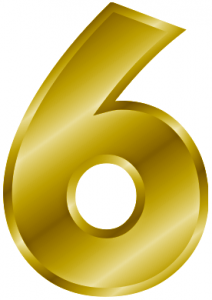 In a recent Beliefnet article titled “6 Myths Christians Need to Shatter about Hell,” author Lesli White makes a case for the doctrine of eternal torment by rebutting six myths about hell.1The article is actually from a few months back, but I and others still see the Beliefnet page pop up on Facebook and so the conversation is apparently still going. Needless to say, we at Rethinking Hell disagree with White’s conclusion. The doctrine of eternal torment in hell, frequently called “traditionalism” or the “traditional view,” is not biblical. Rather, the Bible teaches that only those in Christ will have life in any sense of the word. The unsaved will die the second death and be destroyed forever, unable to know either joy or pain because they will be gone forever.

Below are six myths that we really do need to shatter. These all have some connection to the Beliefnet article, although some are more loosely connected than others. END_OF_DOCUMENT_TOKEN_TO_BE_REPLACED

END_OF_DOCUMENT_TOKEN_TO_BE_REPLACED

It is evident now that traditionalists throughout most of church history generally held to the gruesome and lurid doctrine of hell that many traditionalists today try to disavow. But there do remain a few loose ends. The first is Martin Luther and his view on hell. The second is the Eastern Orthodox Church, and just how to fit them into the mix. END_OF_DOCUMENT_TOKEN_TO_BE_REPLACED

What Is The Historical View?1I think it is also worth noting how many of these below use language that is contrary to scripture. The unsaved live, do not die, are not consumed etc. For more on this, see Episode 58.  See also Ronnie Demler, “Sic et Non: Traditionalism’s Scandal,” A Consuming Passion: Essays on Hell and Immortality Written in Honor of Edward Fudge (Pickwick, 2015), 255-2762Of course, as has been pointed out here numerous times, we have good evidence to see some degree of conditionalism among the earliest church fathers (and even some who came later, such as Arnobious of Sicca). There has also been a considerable universalist presence historically. The aim here is to show what typically has been believed about hell specifically by those who believe that it entails eternal conscious suffering of some sort.

Whether the view is right or wrong, one thing that is true about the tortureless, “darkness” form of hell described in part 1 is that it has not been historically common. That isn’t to say that it has never popped up ever. In part 3, we will look at some potential deviations and some blurring of the lines. And even beyond that, when you have 2,000 years and significant chunks of civilization holding to a set of beliefs (Christianity), you are bound to get someone believing something at some point. So I am not saying that no one ever held it in the history of the world until the 1900’s or anything that extreme. But when we think of great names in Chrisendom who also believed in eternal conscious punishment of the unsaved, one thing that you find across the board is a view of hell as a horrible, torturous place of vengeance and violence. Though not completely universal, this has been the predominant view in church history (among traditionalists).

In light of this fact, many traditionalists today who sneer at annihilationism because it departs from the more historical view may find that their own views fare no better.

END_OF_DOCUMENT_TOKEN_TO_BE_REPLACED

That isn’t to say the view has always been held unanimously (although it is all too often treated as though it has been); resources here at Rethinking Hell address conditionalism among the earliest church fathers.1Glenn Peoples, “Church Fathers Who Were Conditionalists,” Rethinking Hell [blog], posted July 22, 2013, http://www.rethinkinghell.com/2013/07/church-fathers-who-were-conditionalists/ (accessed December 19, 2013).2Chris Date, “Deprived of Continuance: Irenaeus the Conditionalist,” Rethinking Hell [blog], posted November 3, 2012, http://www.rethinkinghell.com/2012/11/deprived-of-continuance-irenaeus-the-conditionalist/, (accessed on December 19, 2015). Universalism also appears to have had a considerable following in the early church.3Richard Baukham, “Universalism: A Historical Survey Richard Bauckham,” Themelios 4, no. 2 (September 1978): 48, reproduced at Theologicalstudies.org.uk, n.d., http://www.theologicalstudies.org.uk/article_universalism_bauckham.html, (accessed on March 21, 2016). The same can be said for the generic denial of “eternal punishment,” which at the very least precludes traditionalism.4Augustine, Enchidrion: On Faith, Hope, and Love, Trans. Albert C. Cutler, (Southern Methodist University, 1955), Chapter 112, reproduced at Tertullian.org, n.d., http://www.tertullian.org/fathers/augustine_enchiridion_02_trans.htm, (accessed on March 21, 2016). Nevertheless, the traditional view has been the predominant view in church history, and this is an advantage for traditionalists.

Well, it has been an advantage for traditionalists. Simply put, many traditionalists today, and quite possibly you who are reading this now, envision hell in ways that depart materially and substantially from what traditionalists throughout church history have taught about hell. And therefore, the strongest argument for the traditional view, that of church history, is lost for many traditionalists today.5This point is hardly new with me. Fellow Rethinker Ronnie Demler made this very point in his talk given at our inaugural rethinking Hell conference in 2014, which was recorded and presented as Episode 58 of our podcast (see 51:11-53:07). Glenn Peoples also made this point in a talk given at, recorded in Episode 52 of his podcast, Say Hello to my Little Friend (starting around 10:38 to about 15:00). I do, however, really want to drive the point home of how true this is, especially in part 2.

END_OF_DOCUMENT_TOKEN_TO_BE_REPLACED

The story of the rich man and Lazarus, found in Luke 16:19-31, is one of the most commonly cited passages of scripture that is said to teach that hell is a place of eternal torment. However, being commonly cited does not mean that it actually means what they say it means.

Now, we’ve gone over elements of this passage in some detail already on this blog. My goal here is to give an overview, to put in one place a more introductory explanation, primarily for those who are fairly new to the hell debate and are not as familiar with the case for conditional immortality.

So, what about this passage?
END_OF_DOCUMENT_TOKEN_TO_BE_REPLACED

In the debate concerning the final fate of the unrepentant, the argument is frequently made that a finite number of sins warrants infinite punishment because the sins are against God, who is infinite. The level of punishment deserved, it is argued, is based not on the sin but rather on who is sinned against. Since God is perfectly holy (usually described as “infinitely holy”) and is infinite and eternal, any sin against God warrants infinite and eternal punishment.

For the sake of ease, I will refer to this as the “infinity argument” here.

Consider the words of Jonathan Edwards:

So that sin against God, being a violation of infinite obligations, must be a crime infinitely heinous, and so deserving of infinite punishment.1Jonathan Edwards, “The Justice of God in the Damnation of Sinners,” reproduced at Christian Classics Ethereal Library, n.d., http://www.biblebb.com/files/edwards/je-justice.htm (accessed on March 20, 2016).

END_OF_DOCUMENT_TOKEN_TO_BE_REPLACED

This article will add to that list of lessons that. Though they were driven home as I discussed this particular issue with others, they can nonetheless have application in many other matters.
END_OF_DOCUMENT_TOKEN_TO_BE_REPLACED