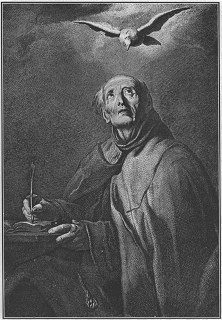 In this series of articles I am developing a case that the vision shown to John, recorded in the book of Revelation, favors a conditionalist view of hell (the complete and everlasting destruction of the finally impenitent), despite so frequently being cited as support for a traditional view of hell (their everlasting conscious torment). In part one I began to lay a foundation for this case, demonstrating that John did not see the future as it would unfold through literal images but through vivid, apocalyptic images. In this second part I will continue to lay the foundation by examining one of the most critical keys to proper exegesis of the book of Revelation: its heavy reliance upon Old Testament texts, language and imagery. END_OF_DOCUMENT_TOKEN_TO_BE_REPLACED 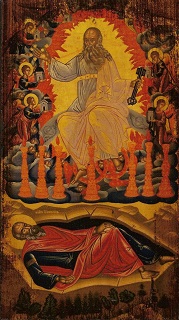 Early on in the process of rethinking hell, I discovered that the debate over these texts is very real, and that these passages from Revelation are quite compatible with conditionalism. As I studied further, I soon became convinced that these passages are, in fact, stronger support for the final death and destruction of the risen impenitent than they are for their eternal torment. Consequently, in my first two formal debates I included these passages in my opening presentation as part of a positive case for conditional immortality.6My first debate is available for download or streaming in two parts: “Episode 70: Perish in Fire” (part 1) and “Episode 71: Forever the Pain” (part 2). My second debate is available in three: “Episode 88: Death Eternal” (part 1), “Episode 89: God of Wrath” (part 2) and “Episode 90: Christ Died For Us” (part 3). In this new series of articles, I will demonstrate why the book of Revelation serves as compelling evidence for a conditionalist understanding of hell, beginning in this first article with an examination of the nature of John’s vision. END_OF_DOCUMENT_TOKEN_TO_BE_REPLACED

I’ll confess that I really don’t know who Matt Chandler is. Perhaps I’m not as well read and plugged into evangelicalism as I should be. I also haven’t read any reviews of Chandler’s book, The Explicit Gospel, critical or otherwise, and so I don’t know what other people think of him. About a month ago my church began announcing that we would soon begin a series based on this book, and the descriptions of it on posters and flyers—although compelling and engaging to many, I’m sure—left me with no idea what the book was actually about. Designed to captivate and spark interest, the failure of the marketing campaign to communicate ultimately anything meaningful at all about the book left me a little worried that The Explicit Gospel would be theologically vapid.

But a friend of mine who knows me very well, having peeked at portions of the book, told me I was in for a pleasant surprise. He recalled that in the very first episode of my podcast I lamented the fact that seemingly few Christians are being taught to look forward to their bodily resurrection, instead placing their hope in an eternal, disembodied existence floating around on clouds playing harps. He told me I’d be excited to know that Chandler teaches the resurrection in his book, and my friend assured me that this was just one example of several meaty theological topics Chandler addresses.

Indeed I was a little excited. And since I was recently given the gift of a Kindle by my best friend, I decided to purchase the Kindle edition of The Explicit Gospel. I’m only one chapter into the book but I must say that I’m very impressed. Perhaps my praise is a little premature but so far I am blown away by Chandler’s ability to communicate deep and profound theology in potent yet accessible language likely to move the minds and emotions of a diverse audience. Unfortunately, however, curiosity having led me to search the book for the word “hell,” I discovered that Chandler makes some mistakes concerning final punishment.