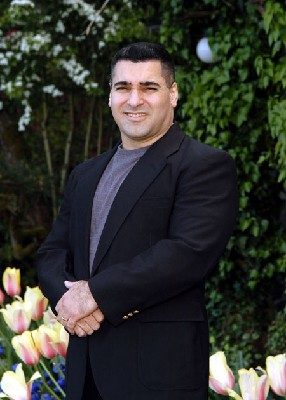 “The punishment of hell will be annihilation, the everlasting loss of life and conscious existence.”

I have promoted the conditionalist view of final punishment in debates with two fellow Reformed bloggers, and I recently scheduled a debate on the topic with a Catholic. Now I have been given the opportunity to debate an Arminian, Dr. Phil Fernandes, pastor of Trinity Bible Fellowship in Silverdale, Washington, and president of the Institute of Biblical Defense, a Christian apologetics ministry based in Bremerton, Washington. Dr. Fernandes has a Ph.D. in philosophy of religion from Greenwich University, an M.A. in religion from Liberty University, and a B.Th. from Columbia Evangelical Seminary. He is the author of several books, including The God Who Sits Enthroned: Evidence for God’s Existence (Xulon, 2002), No Other Gods: A Defense of Biblical Christianity (IBD, 1998), God, Government, and the Road to Tyranny (Xulon, 2003), Contend Earnestly for the Faith (PublishAmerica, 2008), and most recently Hijacking the Historical Jesus: Answering Recent Attacks on the Jesus of the Bible (CreateSpace, 2012).

The debates and public conversations I’ve had so far have all been online or on the radio. I’ve been longing for some time to participate in a live, in-person debate. And when a friend and pastor at my church introduced me to the work of Dr. Fernandes, who lives and teaches in the Pacific Northwest near me, I invited him to a debate on the nature of hell. I was elated when he accepted my invitation, and we have since been developing a friendship which is becoming very dear to me. I’m impressed and inspired by Dr. Fernandes’ humility, love, and kindness, and it encourages me that we will be able to debate the topic of hell in a friendlier, more respectful spirit than my past debates, while nevertheless passionately standing up for what we believe the Bible clearly teaches. 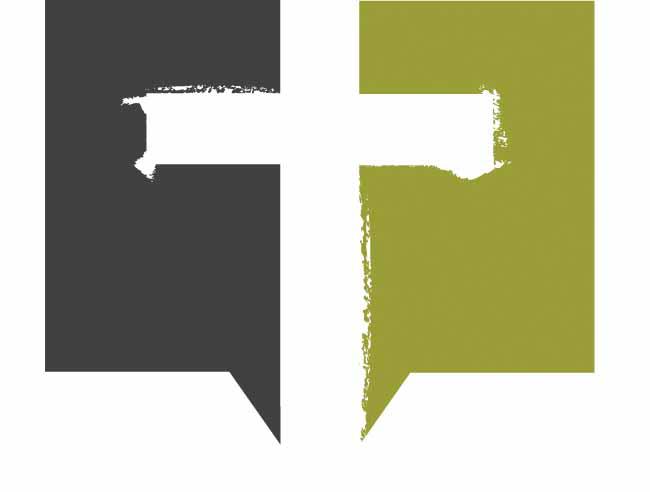 Our debate is scheduled to take place on Saturday, September 28, 2013, at 6:30 pm Pacific. Pastor Jeff Moorehead and the staff at Christ’s Church in Federal Way have graciously agreed to host the debate and provide a moderator. The debate proposition will be, “The punishment of hell will be annihilation, the everlasting loss of life and conscious existence.” I will affirm the debate proposition, Dr. Fernandes will deny it. The format will be as follows: 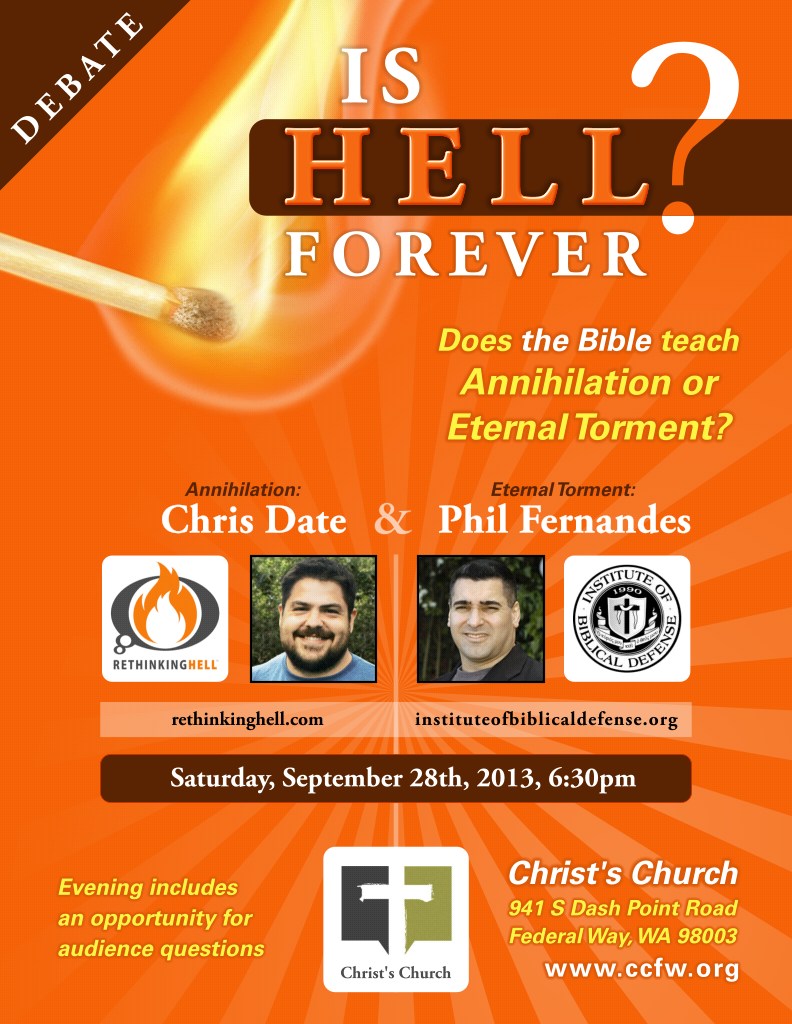 Chris Date is Adjunct Professor of Bible and Theology at Trinity College of the Bible and Theological Seminary and co-editor of Rethinking Hell: Readings in Evangelical Conditionalism (Cascade, 2014) and A Consuming Passion (Pickwick, 2015). A full-time software engineer, Chris believes theology and apologetics are for every average joe in the pews, and not just for pastors, philosophers, PhD’s and the erudite in ivory towers. Formerly a traditionalist, he became convinced of the biblical view of final punishment over the course of a process which began when he interviewed Edward Fudge, and he has since defended the view in several debates and on Justin Brierley's Unbelievable? radio program on Premier Christian Radio UK. Chris is also a steward of the Rethinking Hell project.
All Articles
PrevPreviousEpisode 30: Christ Minimized? with Jon Zens
NextChurch Fathers who were ConditionalistsNext
Scroll Up
English
English
Español de Puerto Rico