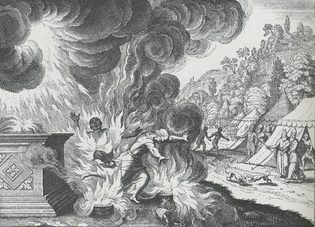 Experience teaches us that fire is a destructive, devouring agent. Scripture teaches us that, short of miraculous intervention (the burning bush, Shadrach and friends), a fire that remains unquenched will consume that which it burns, leaving nothing behind but ashes (Jeremiah 17:27, Ezekiel 20:47). 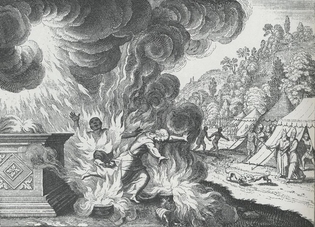 Scripture also teaches that the fire which issues from God’s holy presence—sometimes called the eternal fire—is no different in this regard. God’s wrathful fire came down from heaven and annihilated Sodom and Gomorrah (Genesis 19:14-19, cf. 2 Peter 2:6, Jude 7). It consumed Nadab and Abihu (Leviticus 10:2). Twice did Elijah call down fire from heaven to devour the king’s fifty men and their captain (2 Kings 1:9-11).

So it’s perhaps not surprising that biblical authors illustrate the fate of the unrepentant by comparing them to weeds and chaff burned up in fire (Malachi 4:1-3, Matthew 3:12, Matthew 13:40-42). In fact, the author of Hebrews warns plainly that:
If we go on sinning deliberately after receiving the knowledge of the truth, there no longer remains a sacrifice for sins, but a fearful expectation of judgment, and a fury of fire that will consume the adversaries (Hebrews 10:26-27)1Unless otherwise indicated, all Scripture quotations are taken from The Holy Bible, English Standard Version. Copyright © 2000; 2001 by Crossway Bibles, a division of Good News Publishers. Used by permission. All rights reserved

Against this straightforward, simple, and commonsense teaching, traditionalists have taught—quite explicitly—that God’s fire will not consume His enemies. Speaking of the lost, Aquinas affirms: “Likewise they shall be passible, because they shall never deteriorate and, although burning eternally in fire, they shall never be consumed.”2Thomas Aquinas. The Apostles’ Creed. Trans Joseph B. Collins (N.p., 1939), reproduced at The Dominican House of Studies, n.d., http://dhspriory.org/thomas/Creed.htm (accessed October 23, 2013). Similarly, Spurgeon writes, “In fire exactly like that which we have on earth thy body will lie, asbestos-like, forever unconsumed, all they veins roads for the feet of pain to travel on, every nerve a string on which the devil shall forever play his diabolical tune of ‘Hell’s Unutterable Lament.’3Charles Spurgeon “The Resurrection of the Dead.” [Sermon], New Park Street Chapel, February 17, 1856. Text of this sermon is made available by The Spurgeon Archive, “The Resurrection of the Dead,” The Spurgeon Archive (n.d.), http://www.spurgeon.org/sermons/0066.htm (accessed October 24, 2013).

In fact, some have taught—usually by extrapolating wildly from Mark 9:494For a more reasonable look at Mark 9:49, see Chris Date, “Salted with Fire: Annihilation and Mark 9:49,” Rethinking Hell [blog], posted June 23, 2012, http://www.rethinkinghell.com/2012/06/salted-with-fire-annihilation-and-mark-949 (accessed October 24, 2013).—that the fire of hell itself will actually preserve that which it burns: 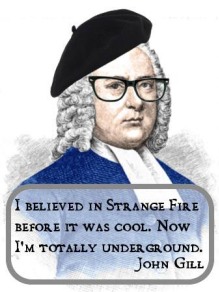 …every one of them that are cast into hell, where the worm of conscience is always gnawing, and the fire of divine wrath is always burning, with that fire every one of them shall be salted: that fire shall be to them, what salt is to flesh; as that keeps flesh from putrefaction and corruption, so the fire of hell, as it will burn, torture, and distress rebellious sinners, it will preserve them in their beings; they shall not be consumed by it, but continued in it: so that these words are a reason of the former, showing and proving, that the soul in torment shall never die, or lose any of its powers and faculties; and particularly, not its gnawing, torturing conscience; and that the fire of hell is inextinguishable; for though sinners will be inexpressibly tormented in it, they will not be consumed by it… (emphasis added)5John Gill. “Mark 9,” John Gill Exposition of the Entire Bible (N.p., n.d.), reproduced at Studylight.org Commentaries, n.d., http://www.studylight.org/com/geb/view.cgi?bk=40&ch=9 (accessed October 24, 2013).

John Wesley writes: “As every burnt offering was salted with salt, in order to its being cast into the fire of the altar, so every one who will not part with his hand or eye, shall fall a sacrifice to Divine justice, and be cast into hell fire, which will not consume, but preserve him from a cessation of being.”6John Wesley. Wesley’s Notes on the Bible (N.p., n.d.), reproduced at Christian Classics Ethereal Library, n.d., http://www.ccel.org/ccel/wesley/notes.i.iii.x.html (accessed October 23, 2013). And John Whitaker says, “The bodies of the damned will all be salted with fire, so tempered and prepared as to burn the more fiercely, and yet never consume.”7John Whitaker. “On Death, Judgment, and Eternity.”  A Course of Sermons, Upon Death, Judgment, Heaven, and Hell. (C. Dilly in the Poultry, 1783), reproduced at Google Books, n.d., http://books.google.com/books?id=RiAUAAAAQAAJ&printsec=frontcover&dq=john+whitaker+death&hl=en&sa=X&ei=uXFpUrfrNrT9iQKApYHABQ&ved=0CC0Q6AEwAA#v=onepage&q&f=false (accessed October 24, 2013).
A fire which, far from consuming those whom it burns, actually preserves them is a strange fire indeed!
Somebody call MacArthur. 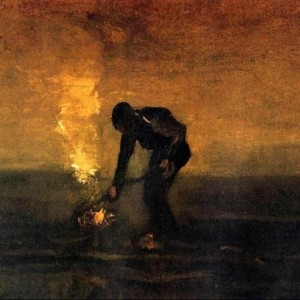 All Articles
PrevPreviousEpisode 40: All You Want to Know About Hell, with Steve Gregg
NextIntroduction to Evangelical Conditionalism: 5 Surprising Things That the Bible Says About HellNext
Scroll Up