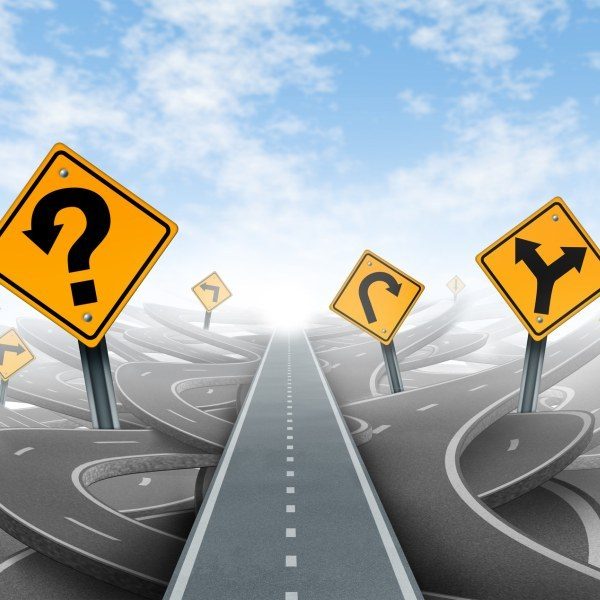 Don’t Be Afraid to Rethink Hell: Why Other Beliefs Needn’t Get In Your Way 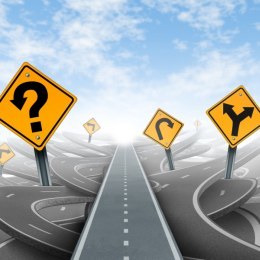 Are you hesitant to really reconsider your view of hell because you think it means you’ll have to adopt other beliefs, beliefs you may not think are biblical? Concerned that rethinking hell will require you to abandon other key doctrines that you believe are biblical? Well, if this describes you, then know that you have nothing to worry about.

Evangelical conditionalist theologians run the gamut of beliefs on other issues within the realm of Christian theology. But how can this be? Shouldn’t we all think the same about everything since we share a belief about this one issue?

Obviously, that is a silly question. You wouldn’t assume that all your premillennialist friends share the same view regarding baptism. The two views aren’t logically connected.1This isn’t to deny that in practice, some collections of doctrines tend to be held together. But my point is not to deny that there is ever a connection between doctrines, but just to point out such connections are not logically necessary. And there are always exceptions to these tendencies as well. Dispensationalists, for example, tend to lean Arminian and charismatic, but John MacArthur is an outspoken Calvinist and cessasionist. You wouldn’t assume that all Calvinists hold the same view of how to interpret Genesis 1 for that same reason. Yet for some reason, this comes up with annihilationism. But there is no logical reason for it. There is no reason why one’s belief about hell would affect their view of baptism, for example. Why would it? Likewise, you can reconsider your view on hell and still keep all kinds of views on other topics.2Of course, as you study the scripture more on this topic, you may reconsider other things because you have a better grasp of scripture than you did before. But that said, if you change your mind because you realize your former view on a different topic was unbiblical, how would that be anything but a positive change?

In Practice, Conditionalists Have All Sorts of Different Beliefs about Other Doctrines

Let’s start just here at Rethinking Hell. Among our contributors, we have:

I want to again emphasize that sharing this view of hell does not mean that we are all lock-step on other views. This list above isn’t even exhaustive, but is simply there to give you an idea of what I mean.

So then, what about other doctrines?

This may be the first issue that comes to mind. What must you believe about the soul if you accept conditional immortality/annihilationism? Can you even still believe in a soul? Do you have to believe that you are nothing but a corpse at death, and that if not for the future resurrection, you would effectively cease to exist?

To accept our view of hell, all that you truly must believe is that people do not have souls that are immortal to the extent that even God could not destroy them. I don’t know even of any traditionalists who think that the soul is that immortal. Other than that, there is a lot of flexibility.

Contrary to popular belief, adhering to conditional immortality does not mean that you have to deny the existence of an immaterial soul or a conscious intermediate state where people are disembodied as souls. You need not believe that between death and the resurrection there is no conscious existence or continuation of life. Granted, in practice, many conditionalists are physicalists (or adherents of soul-sleep, which can mean the same thing or something slightly different). In practice, many who change their view from traditionalism to conditionalism also come to believe in physicalism as well. However, this is neither universal nor logically required of those who believe that only the saved will spend forever somewhere. Surely God could destroy a conscious, immaterial soul that he created as easily as he could anything else!

One notable conditionalist from way back in the early church was Irenaeus of Lyons (see Against Heresies Book 2, Chapter 34; his views were also discussed in a previous article). In the very same chapter that he expresses his conditionalist beliefs, he also points to the story of the rich man and Lazarus as being demonstrative of the soul’s survival of the first death. In a nutshell, his belief was that the soul has conscious existence past the first death, and will live/consciously exist on as long as God wills it to. For the wicked, that will not be for ever and ever, as it will be for the redeemed.

Additionally, a number of guests on our podcast who hold to conditionalism in regards to humans only (still believing in the eternal torment of the devil) also believe in a conscious intermediate state for humans. This list includes the following:

For what it’s worth, you could even hold to a trichotomous view (the view that humans are body, plus a immaterial souls and a separate, immaterial spirit). Why would that change anything?

Evangelical conditionalism speaks to what happens at judgment, not anything before or anything that doesn’t effect that ultimate outcome. Immaterial soul or not, the end is the same either way.

If you believe in annihilationism, do you have to become a Jehovah’s Witness (or best case-scenario, a Seventh-Day- Adventist)? Or if not, is there one specific denomination you must join?

Not at all. Admittedly, some denominations do have eternal torment in their statements of faith, e.g. Reformed denominations that hold to the complete accuracy of confessions that teach eternal torment, the Evangelical Free Church of America, and Calvary Chapel3Technically, one might quibble about the way their statement of faith is worded when it comes to hell, but I think it is pretty clear what they mean by “literal hell” and “spend eternity separated from the Lord.” I would not bother trying to get a job as a Calvary Chapel pastor or Bible professor as an annihilationist.4The Calvary Chapel movement is not always considered an official “denomination.” Nevertheless, the group has their own statement of faith with rather specific beliefs (such as the belief in a pre-tribulation rapture and credo-baptism), and those who are part of it consider themselves one group within the larger body of Christ, so, it fits the definition of a denomination for our purposes here. Nevertheless, annihilationists come from and are part of any number of different denominations. For starters, a number of well-known adherents to conditionalism have been Anglican (e.g. John Stott, John Wenham, Michael Green). Edward Fudge, arguably the most influential conditionalist of our generation, is part of the Churches of Christ, as was Homer Hailey before him.5Within the Churches of Christ movement, there are some fringes that hold to rather extreme beliefs, which Fudge has distanced himself from on many occasions. He even gave a two-part interview discussing the topic on the Theopologetics Podcast (see parts 1 and 2).6I am not as familiar with Homer Hailey’s work, but Edward Fudge has spoken highly of him, so I am guessing he was in a similar position to Fudge.  E. Earle Ellis was a professor of theology at Southwestern Baptist Theological Seminary (Southern Baptist Convention) until he fell asleep. Similarly, Dale Moody taught at Southern Baptist Seminary (also SBC). I bet you never thought conservative Southern Baptists would hold this view! Claude Mariottini, Old Testament professor at Northern Baptist Seminary (American Baptist Convention), is also an annihilationist.7Dr. Mariottini was even gracious enough to contribute a piece on some Hebrew translation issues, available here. Dr. Gordon Isaac of Gordon-Conwell Seminary is an Adventist Christian (not the same as Seventh-Day Adventists). And of course, there are plenty of conservative, non-denominational Christians out in the world (especially here in the United States where I live), so if that’s your bag, what do you have to worry about?

Of course, you may be part of a denomination that explicitly holds to the traditional doctrine, and this may be problematic if you accept this view of hell. However, what’s more important to you, your denomination, or the word of God and the truth that it teaches?

Nothing that is part and parcel to dispensationalism excludes evangelical conditionalism. What will come of Israel, God’s dealing with them vs. the Church, anything to do with the rapture or millennium or great tribulation, all of those things are compatible with either view of hell.

I will admit, given Revelation 20:10 and the penchant for literal interpretation in dispensationalist circles, there are not yet a lot of dispensationlists who are what I personally consider “full conditionalists,” i.e. those who believe that even the devil and his angels will be destroyed. I do think there are reasons why interpreting Revelation 20:10 as referring to the real life fate of anyone is incorrect and leaves us with many problems and inconsistencies (including in regards to how literally this passage is interpreted compared to others in Revelation),8see Joseph Dear. The Bible Teaches Annihilationism (n.d.), Section XIII, found at 3-Ring Binder, n.d., http://3-ringbinder.weebly.com/uploads/1/9/1/0/1910989/the_bible_teaches_annihilationism.pdf (accessed on December 1, 2013). but that goes beyond the scope of this article. Despite that, you will find dispensationalists like Robert Taylor (mentioned earlier) who hold to conditionalism in regards to humans at least (I refer to this as “partial conditionalism,” but not everyone makes that distinction). And more importantly, being (inconsistently) literal about Revelation 20:10 not withstanding, there is no reason why dispensationalism need keep you from accepting evangelical conditionalism.

As noted before, even in this group we have Calvinists, Molinists, and Arminians. Although this is not an endorsement for the position, even Open Theists such as Clark Pinnock and Greg Boyd have held our view. Whatever your view on election, there is no need to reconsider it because you have decided to rethink hell.

Whatever you believe about the millennium, you can be a conditionalist.

I want to reiterate; there is no reason why one’s view on the millennium would affect their view on hell or vice versa. You can rethink hell and still hold whatever millennial belief that you hold.

Think you can’t be a missionary if you hold to annihilationism? Gregory Crofford, missionary in South Africa and author of The Dark Side of Destiny: Hell Re-examined would beg to differ. Harold Eberle, international evangelist, founder of Worldcast Ministries, and author of Hell: God’s Justice, God’s Mercy, would do likewise. Tell me annihilationists aren’t on the front lines of the great commission! Doors may be closed (some missionary organizations explicitly hold to the traditional doctrine), but God certainly keeps doors open for those whom he wants to send where he wants to send them.

Just so you know that I’m really serious about my claims that any number of theological beliefs are consistent with conditionalism, I am even going here. On the Rethinking Hell team alone, we have differing views, from staunch egalitarians to traditional complementarians and lots of views in between.

It makes perfect sense that you’ll find conditionalists in all these different camps on all different issues because there is no logical reason why these views are affected by one’s view of hell. Traditionalists don’t all think the same about these and any number of other issues, so why would we?

Joseph Dear is author of the comprehensive study, The Bible Teaches Annihilationism. An accounting professional by trade, in his off time he purposefully shares any insight and wisdom he gains through prayer and Bible study, in the hope that it will be useful to others in their walk with God, and may further the cause of our Lord Jesus Christ. In addition to blogging here at Rethinking Hell, Joseph maintains 3-Ring Binder, his personal website and blog.
All Articles
PrevPreviousMatthew 25:46 Does Not Prove Eternal Torment – Part 2
NextEpisode 48: Rethinking Hell Down Under with Ralph BowlesNext
Scroll Up
English
English
Español de Puerto Rico