In debates about any topic, you are likely to find somebody who makes an argument that fails for the following reason: they didn’t think through the logical implications of their argument. They didn’t think about how their reasoning would lead to a conclusion that, for one reason or another, they wouldn’t want. The topic of hell is no exception. It is not uncommon for traditionalist arguments to fall flat for this reason.

Of course, annihilationists can be guilty of this as well. Hopefully, as we think about the overall idea of logical implications more and more, we will not only see flaws in the arguments of others, but also in our own (when they exist), so that we can keep improving. 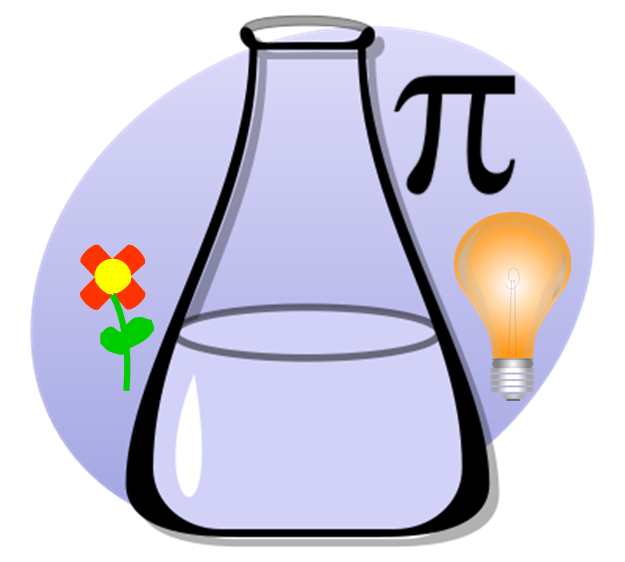 One of the clearest examples of not thinking through the logical implications of an argument is the extrabiblical traditionalist argument from the indestructibility of matter. The argument is that science says that matter cannot be created or destroyed but only changed, and therefore people cannot be annihilated either. Therefore, everyone will eternally exist as consciously being, just in a different form (i.e. in a state of conscious ruin in hell). This argument isn’t particularly common, and so it’s not a shot at most traditionalist scholars. It’s more something that comes up on message boards and online discussions, where people remember something they heard someone say once and then proceed use it without really reflecting on the logical implications of it (which is the whole point of this blog article). The reason I point to it is because it is so problematic (which is probably why it is not common).

That, if not damnable heresy, at the very least denies one of the most core and fundamental teachings of the Bible, that God is the Creator of all, including us.

I want to make clear that I do not think that those who make this argument themselves are heretics or deny the creation of humans. I assume that, like everyone else, they hold to the view that God created Adam and you and me and every other person made in his image. That’s my whole point: they hold to a position, not realizing that if it were taken to its logical conclusion, it would lead to something that they do not believe.

Let’s Flesh This Out a Bit

Am I looking at things too simplistically? Is there some way we can make an argument from this law but avoid the conclusion that humans aren’t created? I do not believe so.

The first major hurdle that this argument runs into is that it binds God to a physical law, which I would imagine most believers wouldn’t accept in the first place. This is because, if matter cannot be destroyed, and this proves that people live forever, it must mean that matter really cannot be destroyed. After all, if God could destroy matter, then the whole thing would be irrelevant, since the law wouldn’t say what will or will not happen at God’s hand at judgment. So by making this argument, one is saying that God himself cannot destroy matter. Also, despite God being the creator, it would also mean that God could not have created matter either. The creator didn’t create matter?

Of course, even if God cannot destroy or create matter, this argument still fails. Let us assume, for our purposes here, that matter, at its core, has existed since eternity past, as long as God himself. Let’s say that God is bound to this physical law. Even so, God still is the creator, correct? Even if matter at its most elemental, subatomic core is eternal, everything that we know and see is still the result of God using already-existent matter it to build the universe. That would mean that when God created the universe and all that is in it, he would have created it by arranging the core of matter in a certain way that it formed the atoms which formed the molecules which formed everything which formed the world.2Of course, there is also the spiritual realm, which presumably isn’t even made of matter and wouldn’t be covered by the law of conservation of matter – just one more shortcoming in the argument from the law of conservation of matter. By arranging it a certain way, God would have created everything without having created matter. But if God could create the entire universe, including humans, without creating matter, why couldn’t he uncreate something without destroying matter? After all, what God does may just be a change in form, but that change in form is what distinguishes your beloved cat or golden retriever from a pile of dirt!

What about the Soul?

Since traditionally, Christians have believed that humans have a separate, immaterial soul/spirit, and since many who read this will likely hold that belief, it is an important belief to address. After all, having an immaterial component changes things, doesn’t it? It does many things, but not in a way that helps the traditional case from the conservation of matter…

One other point is worth noting. Modern science has demonstrated the principle of conservation of matter and energy to be the most certain and universal principle of science. Matter and energy can change forms but can be neither created nor annihilated. And if mere physical matter cannot be annihilated, the far more important entity of the human soul/spirit complex (in particular the created “image of God” in man – note Genesis 1:27) can surely not be destroyed, as claimed by the so-called “annihilationist,” or believers in conditional immortality. Every human being ever conceived, possessing a divinely-created human soul and spirit, will exist forever somewhere.3Henry Morris. The Revelation Record: A Scientific and Devotional Commentary on the Book of

In a nutshell, he is saying that since matter cannot be destroyed, surely the human soul cannot be destroyed since it is even more important. Now, in this argument, he smuggles in a second idea, which is also easy to refute. But the ultimate issue here is the same. He appeals to how matter cannot be destroyed, but as he also points out, matter cannot be created either. The same logical conclusions that affects humans as a whole applies to the soul directly as well. If matter being indestructible means that the soul is indestructible (even to God), then the soul also could not have been created, since matter was not created (even by God). Has a person’s soul existed throughout eternity past, as long as God has existed? Of course not!

Morris’s second argument that sort of gets smuggled in is that the human soul/spirit is too important to destroy. The response to that is simple enough: says who?4Obviously much more can be said about this, but it is something of a side note here, and frankly, it does ultimately come down to it being a human idea, not anything actually revealed by God.

Once we start seeing the logical implications of this issue, it becomes even clearer why it fails. Humans, after all, are made of matter, but they are not matter itself. Before Adam was created, the atoms and molecules that were part of him already existed. His soul did not always exist, even if some immaterial soul-matter did (how that would work would be pure, extrabiblical speculation – as is most of what theologians say when they get really detailed about what the soul is like). It was because God arranged them in a certain way, and imbued that arrangement with the breath of life, that a living creature was made. The creation of a human was not the same as the creation of matter. Likewise, if God were to fully reverse the process, to uncreate someone, to annihilate them (in the annihilationist sense), that wouldn’t be the same as destroying the matter. Matter was there before the created person was, and unless they have God’s gift of eternal life, matter will be there after they are gone.

In the above example, we see a line of argumentation that just wasn’t that well-thought out. And in life, we see this all the time. People sometimes fail to think about the logical implications of what they argue and believe. I have a feeling this won’t be the last we’ll be seeing of this.

Joseph Dear is author of the comprehensive study, The Bible Teaches Annihilationism. An accounting professional by trade, in his off time he purposefully shares any insight and wisdom he gains through prayer and Bible study, in the hope that it will be useful to others in their walk with God, and may further the cause of our Lord Jesus Christ. In addition to blogging here at Rethinking Hell, Joseph maintains 3-Ring Binder, his personal website and blog.
All Articles
PrevPreviousEpisode 51: Questioning the Bible Answer Man: A Response to Hank Hanegraaff, with Nick Quient and Ronnie Demler
NextEpisode 52: The Fire That Reconciles, with Shawn BawulskiNext
Scroll Up
English
English
Español de Puerto Rico