In Part 1 of this review, we looked over the first two sections of Dr. Timothy Keller’s article, “The Importance of Hell.” Here in Part 2, we will pick up where we left off, starting with the third section of Keller’s article. After through the rest of the article in some detail, I will give my own concluding thoughts on the importance of hell. 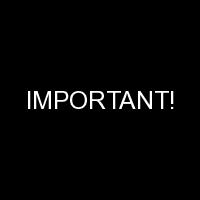 3. “It Is Important Because It Unveils The Seriousness and Danger of Living Life for Yourself.”

As a Christian, I would certainly agree wholeheartedly that living for oneself puts one in extreme danger. With that in mind, there isn’t too much to be said about a lot of the particulars of what Keller describes, as there isn’t much of an actual argument, scriptural or otherwise, in favor of his view. That hell is a place where the evil within every unredeemed person just grows and grows throughout eternity in some sort of C.S. Lewis-inspired fate of “God banishing us to regions we have desperately tried to get into all our lives” is mostly just taken for granted. His arguments are about why this makes hell important, though for the evangelical conditionalist, it is a moot point.

Keller’s attempt to actually demonstrate his descriptions of hell from this section amount to two passages of scripture. He mentions Revelation 6:16 when he talks about the wicked running from the holiness of God. However, that passage does not say that the unsaved run from God’s holiness. It specifically tells us that it is his wrath that is feared by the unrighteous people being described. It isn’t about running from his holiness simply for the sake of running from his holiness, at least not on its face (Keller unfortunately doesn’t go any deeper than just citing the passage). Without further explanation, we are left wondering if Keller has some in-depth interpretation in mind or if he is just misinterpreting scripture and forcing them into his theological mold.

For what it’s worth, as far as biblical citations go, the citation of Isaiah 6:1-6 is more fitting to his point about wanting to flee from the holiness of God. At least in this passage, the prophet Isaiah’s fear of harm stems directly from the fact that he is not worthy to be in God’s presence. It is not a perfect analogy, since it deals with a righteous and faithful person who, after being reassured by God, boldly volunteers to do God’s will. But there is more of a connection, at least.

Overall, this section is mostly just Keller’s developed philosophical and systematic theology of hell, stated as a given, with a biblical principle applied to it. There isn’t much of an argument being made to refute. For what it’s worth, I have previously addressed why this or any other version of the traditional doctrine that eliminates fire is quite problematic (see here).

4. “The Doctrine Of Hell Is Important Because It Is the Only Way to Know How Much Jesus Loved Us and How Much He Did for Us.”

I can’t disagree with anyone who claims that Jesus loved us with immeasurable love. Even the biblical teaching, that hell is a place of final destruction, demonstrates what a wonderful gift eternal life is – eternal life that was earned for us by Jesus and not by ourselves.

That said, this section also has some teachings that are quite problematic.

“When he cried out that his God had forsaken him he was experiencing hell itself. But consider–if our debt for sin is so great that it is never paid off there, but our hell stretches on for eternity, then what are we to conclude from the fact that Jesus said the payment was ‘finished’ (John 19:30) after only three hours? We learn that what he felt on the cross was far worse and deeper than all of our deserved hells put together.”

Keller is parroting the common but poorly thought-out traditionalist claim that Jesus suffered the equivalent of hell while alive and conscious on the cross. Aside from those who would disagree that Jesus was actually forsaken by the Father while on the cross,1I myself am skeptical of the idea that Jesus was abandoned on the cross the way unbelievers would be cut off from God. Jesus’s cry, ‘My God, my God, why have you forsaken me’ was not spoken in a vacuum. That’s the first verse of Psalm 22, a psalm about a godly figure who is subjected to all sorts of terrors, as if God had forsaken him, but who continues to cry out to God and is rescued in the end. That sounds more than a little bit like the only truly righteous person to ever live being subject to all sorts of terrors, even called forsaken by God by his mockers, who nonetheless trusts in God even to the very end (Luke 23:46), finally receiving ultimate rescue by being resurrected. this view leads to a conclusion that at least dances on the line of heresy.2I am not saying that Keller and the many others who make this argument are themselves heretical, since I don’t think they have thought through the logical conclusions of their view. Simply put, if it is the case that Jesus experienced the equivalent of an eternity in hell while alive on the cross, and that is how he atoned for our sins, why did he have to die? This problem has been pointed out before, as this argument is by no means unique to Keller. Nevertheless, it takes what the Bible strongly emphasizes as the important part of the cross – Jesus’s death – and makes it unnecessary, at least for the sake of the atonement.3Jesus’ death is emphasized in both literal and figurative language (e.g. Matthew 26.28; Romans 5.10; Hebrews 9.26; 10.10; 1 John 1.7; Revelation 7.15. It is not uncommon for conditionalists to be accused of making the cross unnecessary because annihilation somehow isn’t bad enough to warrant it Jesus making such a sacrifice to save us from it (apparently giving people eternal life isn’t that big of a deal…). But it is not the conditionalist whose view of the atonement essentially eliminates the necessity of Christ’s death! The traditionalist who argues that Jesus suffered hell in his conscious suffering on the cross is the one who makes Jesus’ death unnecessary.4A traditionalist who holds the view that Jesus’ death was an essential part of the atonement, and that Jesus did not suffer the equivalent of hell in his conscious suffering, is not liable to this charge (although other questions, such as how his death fits into what hell is like, would remain).

At most, the traditionalist could say that Jesus’ atonement for us did not have a 1:1 correspondence to what we would have suffered without him. And that’s fine for our purposes here. I think historically, that has been the view of most Christians anyway; Jesus atoned for us with his death, not by suffering a cosmic equivalent of hell while still alive on the cross. But this takes away most of the force of Keller’s argument here.

In his conclusion, Keller gives a few final points about how to apply the doctrine of hell (as he teaches it) to our Christian walk. I will point to one gem that I think is important to remember when other traditionalists claim that evangelical conditionalism is bad because it is not terrible enough to make people repent:

“And some can preach hell in such a way that people reform their lives only out of a self-interested fear of avoiding consequences, not out of love and loyalty to the one who embraced and experienced hell in our place. The distinction between those two motives is all-important. The first creates a moralist, the second a born-again believer.”

I think that is something important to remember. Evangelical conditionalism may not teach as scary a hell as the traditional view, but fear doesn’t save people – God’s mercy does.

As for my concluding thoughts on the piece, I think it simply fell short. As far as its biblical case for the traditionalist view, it was insufficient to prove its point. Texts served more as prooftexts than anything else. In its attempts to explain what hell is supposed to really be like, it fell short by missing the implications of Keller’s own points. If a dead soul is like a dead body, then any form of the eternal suffering view hits a wall. The attempt to tie the nature of hell to the love of Jesus fell into the same trap as a number of others have, taking the death out of Jesus dying for us. Overall, what we got was what we should expect to get when someone, in good faith and with the best of intentions, attempts to defend and even glorify a doctrine that simply is not true.

Hell is important. It is important because it reminds us that God will not be mocked. Those who oppose him to the end will be crushed under his hand. Even being made in the image of God cannot save people from the effects of their sin, turning themselves, God’s masterpiece, into so much chaff. No one who hates the only one who is good will get to enjoy what is good forever. No one will enjoy life forever who also hates the author of life.

And most importantly, hell reminds us that it is out of love and mercy, out of a goodness that goes beyond simply giving others what is deserved, that God gave us the gospel. Hell is important because it is the destruction that we had all earned, and it is important because in Christ, it is no longer what awaits us. Like the evildoers of Hebrews 10:26, we had no claim to life, “but only a fearful expectation of judgment and of raging fire that will consume the enemies of God,”5NIV, Hebrews 10:27.. But Jesus washed away our sins with his own blood. We once faced death, but now, we do not face the wages of our sin. Instead, we will see the face of God (Revelation 22:4), and like is was for the psalmist of old, God himself is our inheritance (Psalm 16:5). That is the importance of hell.

Joseph Dear is author of the comprehensive study, The Bible Teaches Annihilationism. An accounting professional by trade, in his off time he purposefully shares any insight and wisdom he gains through prayer and Bible study, in the hope that it will be useful to others in their walk with God, and may further the cause of our Lord Jesus Christ. In addition to blogging here at Rethinking Hell, Joseph maintains 3-Ring Binder, his personal website and blog.
All Articles
PrevPreviousEpisode 64: Up For Debate? A Response to Kevin Zuber, with Ronnie Demler and Chris Date (Part 2)
NextClark Pinnock, Hell and the Holiness of GodNext
Scroll Up
English
English
Español de Puerto Rico