Recently, the modern standard-bearer for neo-Calvinism, The Gospel Coalition (TCG), published 5 Reasons Preachers Avoid Sermons on Hell. Their list boils down to a few causes:

But we here at Rethinking Hell believe there may be a more accurate, longer list (6 is greater than 5; see what we did there?) of noble reasons why preachers are not preaching the doctrine of eternal conscious torment (ECT).

One of the main reasons many people come to reconsider the doctrine of ECT is that their natural and biblically informed conscience and intuition tell them that ECT is unjust. While such philosophical objections are not enough to warrant rejecting any doctrine, it behooves us to maintain our integrity and use all of the epistemological tools at our disposal—not only the Scriptures, but also tradition, experience (intuition and conscience), and reason, as per the Wesleyan Quadrangle.1Series: The Wesleyan Quadrangle (wholereason.com) Many preachers rightly resist preaching ECT because their intuition alerts them to possible problems with the doctrine.

2. A Desire to Be Positive and Broadly Educate

While the best of us are willing to put the stumbling block of the gospel in front of others (while trying to keep our own pharisaical tendencies at bay to avoid introducing that kind of stumbling block), many don’t want to be “that hellfire preacher.” We want to warn people, but we don’t want to guilt-manipulate or fear-monger people into a decision, when it is rather the goodness of God that leads us to repentance (Romans 2:4). We know that the gospel is in general good news, and we realize that a biblical world view includes renewing our minds to think biblically about our selves, our families, our finances, our vocations, and many other topics. Hell seems to be one of those secondary doctrines many of us preachers would rather not dwell on, especially in light of the fact that  on Sundays we are typically preaching to the saved, not the damned (or so we assume).

3. Lack of Confidence in Their Command of the Subject 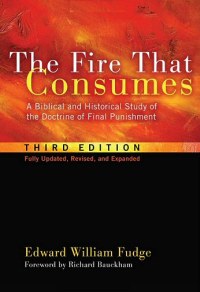 Many preachers have never studied the relevant Scripture passages except superficially, much less read widely on the topic or studied the ethical and philosophical ramifications of their theology.  Lacking interest in the subject, they fail to preach it. Additionally, those who have encountered the conditionalist exegetical literature on the topic, like Edward Fudge’s The Fire that Consumes, may have begun to see that the subject is not as simple as traditionalists have made it out to be; and that conditionalists have some good arguments. They may realize that they need to study and read a bit more before speaking or parroting the orthodox position. This hesitation comes from wisdom, not just “fear of man.”

4. Lack of Confidence in ECT 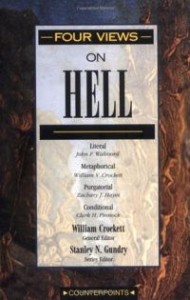 Those who have read conditonalist literature often find it transformative and powerful.  For many, the traditional view of ECT collapses spectacularly under standard Biblical hermeneutics, while Conditional Immortality (CI) shines brightly. Don’t believe me? Listen to  podcasts 4 and 7 here at RH and see what you think! Some preachers “failing” to preach ECT may do so because they are finding that evangelical giants like John Stott, modern scholars such as John Stackhouse Jr., and even church fathers like Irenaeus were conditionalists.2Evangelical Essentials: A Liberal Evangelical Dialogue (Amazon.com)3 The Goodness of God with John Stackhouse (RethinkingHell.com)4Church Fathers Who Were Conditionalists(Glenn Peoples, YouTube) In addition to that, they may be discovering the growing number of ethical and philosophical essays challenging ECT (and perhaps confirming their suspicions).

Even more difficult, I’m sure many pastors have had parishioners bring up the seeming injustice of ECT, and know that they don’t have answers beyond the standard appeal to mystery (“only God really understands”) or to divine command theory (“God says it is right, therefore it is right”) to offer in response. These approaches are not intellectually satisfying, and are seen by most as cop-outs.

On this point, The Gospel Coalition intones that we humans have little understanding of the holiness of God and the corresponding wrath of God toward sin. And while that is certainly true, that does not mean that God has not given us his revelation regarding what is just, including the lex talionis (the law of retaliation given in the Mosaic Law; see Exodus 21:24), as well as the many scriptural references that are contrary to the doctrine of eternal torment.5Cross Purposes: Atonement, Death and the Fate of the Wicked (rethinkinghell.com)

5. Fear of Heresy and Heresy-Hunters

Many are afraid to seriously and honestly explore the biblical alternatives to ECT for fear of becoming theologically liberal themselves (i.e. deceived) or for fear of being called liberal for even asking questions. While many preachers may, as TGC claims, be afraid of preaching ECT for fear of rejection by parishioners, they may also be afraid to explore it for fear of being rejected by their peers. Just ask any modern evangelical who has abandoned ECT for conditionalism or evangelical universalism about being shunned or blacklisted. Those who even doubt the orthodox position face the very real consequences of losing jobs and ministry opportunities.

Yes, Jesus did mention Gehenna and punishment often, but the apostles are not recorded as having preached about hell, much less ECT, at all. What do we make of that? Were they humanistic compromisers? Soft-hearted heretics? Or did they think differently about hell? Perhaps many preachers are taking their cues from Paul and the other disciples.

There are many bad reasons not to preach on the final judgment. Lack of study and fear of man are truly disqualifying to any preacher. However, honoring honest objections to such doctrines as ECT, and preaching with integrity only what one is convinced of, are laudable. Honest preachers need to acknowledge and study the doubts that press in on ECT from all points of the Wesleyan Quadrangle—not just kowtow to the mindless and intimidating chest thumping of orthodoxy. By all means, don’t fear man, fear God! For if ECT is false, as we conditionalists assert, think of the damage done to God’s name, and how many people reject the gospel due to this harsh doctrine. That is something to greatly fear. 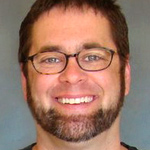 Daniel G. Sinclair is an Assistant Teaching Pastor in a small country church in the Central Valley of California, as well as an M. Div. student at Fuller Theological Seminary. He previously earned a B.S. in Biochemistry from North Carolina State University, and currently pays the bills as a Software Analyst. He can think of nothing more pleasing to do on a sunny Saturday than to stay indoors with a theology tome, a cat on his lap, and a cup of tea, with sugar please. He is aiming at becoming a pastor-scholar, and maintains a theology blog at WholeReason.com, while supporting his lovely wife in her ministry leading a local chapter of MOPS.
All Articles
PrevPreviousWhy J. I. Packer Is (Still) Wrong: A Response to The Gospel Coalition (Part 3)
NextEpisode 80: Four Views on Hell 2.0—Traditionalism, with Denny BurkNext
Scroll Up
English
English
Español de Puerto Rico