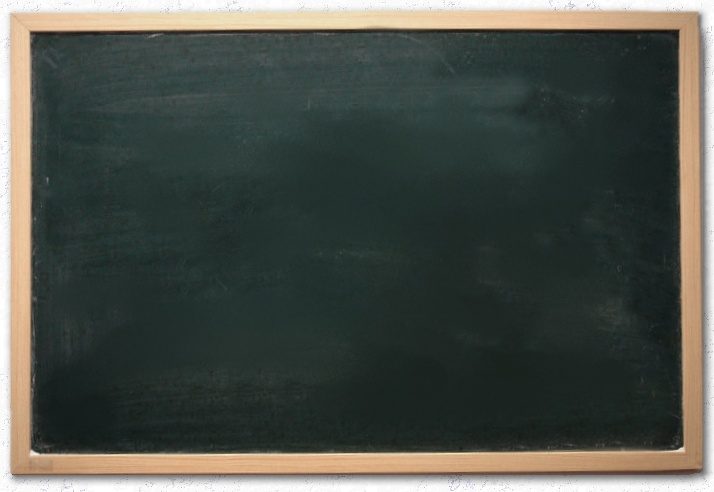 This article will add to that list of lessons that. Though they were driven home as I discussed this particular issue with others, they can nonetheless have application in many other matters.

It Is Really Important to Understand the Opposing View

I think this me, and those like me, an edge. Why? Because we are well acquainted to many of the reasons why various traditionalists reject evangelical conditionalism. We know what doesn’t work when it comes to promoting and defending conditionalism. We know that for many, the moment we mention God’s love, many will tune us out. We know that it is unwise to deny  that there is eternal punishment, since the Bible explicitly warns of “eternal punishment” in Matthew 25:46. We know that many think that “death” means conscious separation from God, so we know not to simply point to Romans 6:23 and leave it at that (although I do find it increasingly powerful to point to the death passages). We know that many believe that a sin against an infinite God warrants infinite punishment, so they are going to reject the argument that annihilationism is better because it annihilation is a finite punishment for finite sin. We know that some will point to the cross and say “Jesus wasn’t annihilated” and so we know to have an answer to that objection.

You get the idea. In this and other matters, those who hold opposing views do so for a reason. They might not be good reasons, but they are reasons. Just giving your reasons may convince some more open-minded thinkers to consider a new view, but with something as contentious as the doctrine of final punishment, we really need to understand why traditionalists – of all stripes – hold to traditionalism. That way, we can show them that they don’t have to hold onto it anymore (nor should they).

I’m sure we’ve all learned this lesson to some extent in life. We’ve all probably gotten into discussions about politics or religion, for example, so this shouldn’t be an earth-shattering surprise. Some people are just incorrigible. Others just aren’t willing to accept new ideas. Some are really beholden to what they were taught growing up. Others, for whatever reason, just cannot get their minds to follow clear and straightforward reasoning on a certain topic.

I knew this before. But I really came to understand this phenomenon when I started studying this topic. I think a number of factors are in play. One is simply the law of averages. There are a lot of traditionalists in the world. Traditionalism is, after all, held by the vast majority of all professing Christians. The more adherents there are, the more of all types of believers you will find. Another factor is that this is one of the first major doctrinal issues I really looked at in depth early on in my faith (the other being baptism). Some, who come to believe conditionalism later in life and studied many other controversial views before it, will probably be less surprised than I was. They, after all, would have already discovered this truth while studying those other controversial doctrines, and seen that some people just aren’t ready to rethink things just yet.

What am I talking about when I say that sometimes people are not worth reasoning with at a particular point in time? Well, within this field are two main camps. The first are those who are so emotionally tied to the doctrine of eternal torment being true that anyone who disagrees is anathema to them. These are the people who argue that annihilationism cheapens the gospel. They are the people who make outrageous claims about how, if the lost won’t suffer forever, then Jesus didn’t need to die. They say things that are as offensive and over the top as they are logically fallacious. If somebody passionately throws the gospel into this and says you are messing with it, nine times out of ten they just are not worth even discussing the issue with.1The theoretical 1/10 is the young person who doesn’t know the Bible well, who is just parroting his pastor, and who would immediately change his tune when he realizes for the first time that the Bible says that God will “destroy” the wicked in hell (a la Matthew 10:28). After all, for whatever warped reason, the very gospel is at stake in their eyes. Those who make something so clearly non-essential into an essential doctrine are, at best, going to question how devoted to God’s truth you are, and at worst, question whether you are even a believer.

The second camp is made up of those who don’t make it so personal. They are much more cordial and civil and brotherly. It is just that they cannot wrap their heads around anything other than what they already believe. They are not intellectually dishonest, but they are very intellectually inconsistent. They  will say that their position is better because they can take a passage literally or at “face value” (for more on that, see here), but then fail to understand that by doing so, they reject literal/face value interpretations of many other passages. Or they argue that the Bible is for everyone and that the simple, uneducated apostles could have never meant anything as complex as you are saying (despite the apostles knowing the biblical languages as natives and being inspired by God). Then, however, after making such a big deal about simplicity, they then have to establish a more complex and biblically dubious line of reasoning to keep the interpretation of a single passage or even a single word (like “eternal”) “simple.” And when you point this out, they don’t get it.

Of course, with either group things may improve with time. No one is saying that if someone is a jerk to you should avoid them forever. And those in the latter group, who don’t quite seem to get it yet, are in an even better position since sometimes, it just takes a little time for things to click in people’s minds. And part of grace is giving people the chance to improve themselves over time, which we would certainly all want to be given in situations where the roles were reversed. Just know that sometimes, you need to walk away for the time being.

You Become A Real Stickler About Exegesis and Reasoning in General

Like most things on this list, this lesson isn’t unique to conditionalism. Holding to any controversial view will require you to fine-tune your critical thinking skills. This is because any controversial view will be challenged. The more it is challenged, the more you will understand why you hold a view, and why others don’t. And the more this happens, the more you will be exposed to bad arguments. This occurs in all theological debates. With something as controversial and widely panned as traditionalism, you will certainly come across all kinds of arguments against it. As you do, you will become a real stickler about exegesis and reasoning, seeing holes in opposing arguments that you would not have noticed before.

It is human nature to be more sensitive to bad arguments by those who disagree with you, but that said, you will likely encounter some on both sides. In some cases, you may even encounter so many on your own side that you ultimately change your belief. Whatever the case, you will start noticing that a lot of people make bad arguments. They commit logical fallacies. They don’t consider the logical implications of their arguments (as has been discussed here multiple times). This occurs in all theological debates.

As a conditionalist, I would say this is the norm in traditionalist defenses, which is to be expected if traditionalism is untrue. This was the inspiration for co-contributor Glenn People’s “Open Letter To My Traditionalist Friends,” about which he was interviewed back in Episode 8. But even if traditionalism is right, it is still to be expected that even those who argue for a correct doctrine can do so poorly. After all, we have all read defenses of views we agree with that were guilty of poor reasoning and exegesis. Even conditionalists can do this. Even I can do this! If even people who are right can make bad arguments, how much more should we expect people who are wrong to do so?

That said, if so many believers from so many different denominations and traditionalists can all hold to a view and all be wrong about it, we would expect many different kinds of poor arguments to be made. And where there is so much bad reasoning and exegesis done by those who hold to a different view than you, you can imagine that you will become really acquainted with poor argumentation.

For me, being a conditionalists has made me much more aware of the successes and failures of other people’s arguments, as well as my own. And this applies to issues far beyond those on this topic. After all, the previously discussed non-sequitur fallacy makes an argument just as false when applied to a particular political idea or doctrine regarding Israel, for example, as it is when it is used to argue for a particular view of hell. Similarly, I have become increasingly sensitive to people reading their assumptions into the Bible. Think of how Bible skeptics and theological liberals do this. They believe that the Bible teaches that slavery in all forms in all times is good, and so therefore every mention of slavery means slavery just like we had it in the US before the Civil War. They believe that the Bible treats women as inferior and as property, so any mention of rape means the Bible says rape is okay. They believe that the Bible is constantly wrong about things, so every time it could be wrong when taken at face value with no consideration of any other factors, it is wrong and that is that. You were no doubt aware of all these things before (and then some), but as an evangelical conditionalist, that awareness becomes acute. You realize that a lot of people in life simply are not very clear thinkers, and even those who are are still not perfect.

In all of this, the one thing worth emphasizing these lessons are not all negative. Rather, whether learned through experience or by reading this blog, they can help us to better understand those who disagree with us, better react to the various situations that may arise in debates and discussions, and just overall improve the dialogue we have with others. That sounds pretty positive to me.

Joseph Dear is author of the comprehensive study, The Bible Teaches Annihilationism. An accounting professional by trade, in his off time he purposefully shares any insight and wisdom he gains through prayer and Bible study, in the hope that it will be useful to others in their walk with God, and may further the cause of our Lord Jesus Christ. In addition to blogging here at Rethinking Hell, Joseph maintains 3-Ring Binder, his personal website and blog.
All Articles
PrevPreviousA Response to Four Views on Hell, Pt. 2 (John Stackhouse on Terminal Punishment)
NextEpisode 90: Fear, Fire, and the Pharisees; A Response to Joel Richardson (Part 1)Next
Scroll Up
English
English
Español de Puerto Rico