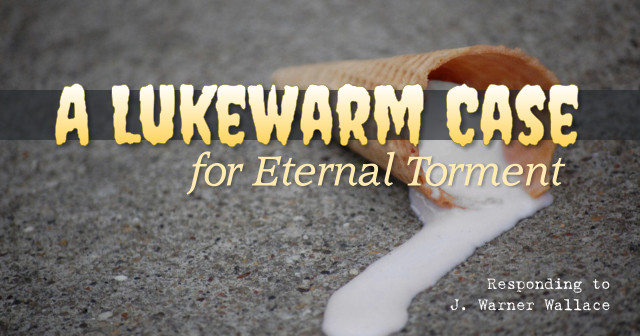 Recently, well-known Christian apologist J. Warner Wallace penned an article for his website, Cold Case Christianity, in which he offers a case for the appropriateness of eternal conscious torment.1J. Warner Wallace, “Why Would God Punish Finite, Temporal Crimes in an Eternal Hell?,” Cold-Case Christianity [website] (accessed September 20, 2017), http://coldcasechristianity.com/2017/why-would-god-punish-finite-temporal-crimes-in-an-eternal-hell/. Mr. Wallace is a former homicide detective whose apologetic works include the best-selling Cold Case Christianity. The impetus for his article, “Why Would God Punish Finite, Temporal Crimes in an Eternal Hell?” came from a caller on a radio show who questioned Wallace over the justice of eternal torment. How could this be proportionate, they asked, in light of only a finite human life lived in sin? In his article, Wallace takes the opportunity to address what he deems “misunderstandings” of several principles regarding the final state of the wicked. Below, I will address Wallace’s four “misunderstandings” and attempt to show that they hardly create an open-and-shut case for eternal torment. END_OF_DOCUMENT_TOKEN_TO_BE_REPLACED