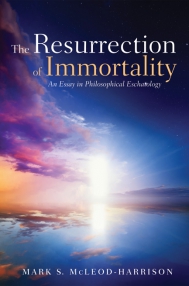 McLeod-Harrison’s new book, The Resurrection of Immortality (Cascade, 2017) is a welcome contribution to the growing literature related to personal eschatology. His concern in the book is to explore the question of human immortality. Historically, parties to the debate have generally affirmed either that human beings are essentially immortal or conditionally immortal. Those taking the first view maintain that by nature human beings will live forever. As human beings we naturally possess the property of immortality. Conditionalists deny this, maintaining that humans may or may not live forever. God grants immortality to some, depending on certain conditions (e.g., redemption in Christ).

McLeod-Harrison defends a third alternative, which denies that immortality is intrinsic to human nature but says immortality is an enduring property possessed by human beings. On this view, immortality is an extrinsic property, one which God confers on human beings based on other properties that God gives us. And much of the book is devoted to constructing an argument for this claim—an argument that is philosophical, rather than theological, in nature. Though purely philosophical in methodology, McLeod-Harrison’s argument is nevertheless “in-house,” aimed specifically at Christian scholars in that it assumes certain basic claims of Christian theology—the existence of God, the reality of an afterlife, and the biblical doctrine of salvation.

The author admirably devotes the first couple of chapters to laying conceptual groundwork for his argument, especially defining key terms. Since “immortality” is a privative concept (like “infinite” or “unbiased”), he begins with a careful review of the concept of “mortality” and the modal varieties of meanings potentially associated with the term. Thus, he notes, we may understand mortality as referring to the possibility, actuality, or necessity of the death of the body. Alternatively, we may understand mortality vis-à-vis the soul and its possible, actual, or necessary destruction. In the second chapter, McLeod-Harrison lays out, in somewhat parallel fashion, the varieties of immortality. This conceptual backdrop is very helpful preparation for the ensuing discussion and is one of the strengths of the book.

The author’s main target of refutation is conditional immortality, which he defines as the view that humans may possibly suffer soul-death. In chapter three he addresses this claim head-on, considering whether God can cause humans to cease to exist. He addresses the question primarily in terms of God’s “moral purview to cause humans to cease to exist” (29). Though understanding that the moral and metaphysical conditions for God’s destruction of human persons are distinct, he rightly notes that “if it is morally permissible for God to bring about soul-death for humans, then it seems that it also is metaphysically possible for God to bring about soul-death” (29). Here the author appeals to Kantian notions regarding the relationship between “ought” and “can.” So although his argument in this chapter appeals primarily to what is in God’s moral power, the author regards his findings as having significant implications regarding what is metaphysically possible for God.

Accordingly, McLeod-Harrison considers the reasonableness of the notion that God has a moral right to destroy human persons. One argument in defense of this claim, dating back to Socrates in Plato’s Apology, appeals to divine ownership of human beings. Since God owns us (at least by virtue of the fact that he created us), he has the right to destroy us. McLeod-Harrison challenges the assumption of the argument that God really owns humans. He appeals to what he calls “structural value”—those values, such as beauty and justice, which are imbedded in the “normative world.” Like the values of justice and beauty, the structural value of human beings is communal in the sense that it is owned by no one in particular, not even God. McLeod proceeds to argue that “causing something with structural value to cease to exist is bad” (37). And since humans are structurally valuable, “God’s causing the soul-cessation of humans, even though God created them, is a bad thing.”

But what is it, exactly, about human beings which constitutes our structural value? McLeod-Harrison’s answer: “the main reason humans have structural value . . . is that we are morally responsible because we are self-determining things” (39). And herein is the crux of the book’s entire argument: “Humans have metaphysical value because of robust free will.” And by “free will” McLeod intends not only libertarian free will, but the sort of freedom that also implies divine risk in creating us, since it entails the possibility of evil.

McLeod-Harrison concludes, then, that God would never destroy a human soul since this would be “to challenge the structural nature of love that God built into the universe in the first place. God doesn’t destroy human souls because God can’t metaphysically do so. The metaphysics of the world is good, structured by love. To remove the thing that allows for love in a human is to disvalue the very structure of the world” (42). So what about the possibility that we humans can bring about the cessation of our own souls? The author takes up this question in the next chapter. Given his conclusion that it is metaphysically impossible for God to destroy human souls, the answer to this question is straightforwardly simple: “if not even God can bring about the cessation of humans, then humans won’t be able to either” (50).

In the book’s final chapter, McLeod-Harrison expounds further on the notion of immortality as a “strongly enduring property,” that is, one of a number of properties “such that once one has them, there is no time one doesn’t have them” (52). Because it is irrevocable, he tells us, humans may be said to possess “immutable immortality.” He also further develops his view of providence, which is pivotal in his argument—the notion that God takes a “hands-off policy” when it comes to human choices (56). As is generally the case with open-theists, this approach is entailed by his view of human moral autonomy. As he puts it, “whatever else is essential to the human person, self-determination and the concomitant free will are the central features of being a human person and, indeed, the very individual human person one is” (60).

The premise that human beings are self-determining is the key guiding assumption in McLeod’s central argument for immutable human immortality. Here is his “Master Argument” in full:

So, if successful, McLeod-Harrison’s argument demonstrates that all human beings must live forever—in some condition or other. As for whether the lost suffer everlasting torment in hell (traditionalism) or are eventually all saved (universalism), he observes that “natural immortality is neutral in that regard” (26). But at the close of the book, he suggests that “Perhaps [universalist] Thomas Talbott is right. Ultimately God will—indeed, must—remove all limitations in humans so they can see that the only rational choice is to move toward God. Under those circumstances, everyone will move toward God. So eternal conscious punishment need not result from immutable immortality and hell will eventually be emptied” (69-70). It appears, then, that McLeod-Harrison at least leans in a universalist direction.

So what are we to make of McLeod-Harrison’s arguments? First, I will make a logical point about an aspect of his argument. In chapter 3, he reasons from moral permissibility to metaphysical possibility in problematic ways. The application of the Kantian “ought implies can” intuition seems inapplicable in this context. And, in any case, the argument he presents actually goes from “ought not” to “cannot” which suggests that his argument, at least in chapter 3, might commit the fallacy of denying the antecedent. From “if X, then Y” it doesn’t follow that “not-X, therefore not-Y”. Thus, although moral permissibility may entail metaphysical possibility, it doesn’t follow that moral impermissibility entails metaphysical impossibility.

Secondly, as noted, McLeod-Harrison’s methodology is thoroughly philosophical and does not incorporate scriptural exegesis. Generally speaking, this is all well and good, but there are some critical junctures in his argument where the discussion really begs for some exegetical input. For example, such passages as Acts 17:28, Romans 9:20-21, and 1 Corinthians 6:19-20, not to mention the entire Genesis creation account, are directly relevant to the whole matter of divine ownership of human beings. Readers would be interested to know the author’s take on these passages, as well as numerous other biblical texts which seem to suggest a strong sense of divine ownership of human beings. Another major issue where Scripture directly bears upon his argument is the doctrine of providence. McLeod-Harrison explicitly affirms an open-theist “hands-off” doctrine of providence which is arguably at odds with the biblical doctrine that God directly governs even human affairs. (For some extensive critiques of open theism, see books by Bruce Ware, John Frame, and myself.1Bruce A. Ware, God’s Lesser Glory: The Diminished God of Open Theism (Crossway: 2000); John M. Frame, No Other God: A Response to Open Theism (P&R: 2001); James S. Spiegel, The Benefits of Providence: A New Look at Divine Sovereignty (Crossway: 2005).) Finally, Jesus’ reference to God in Matthew 10:28 as the one who can “destroy” the soul in hell is also pertinent to this discussion, as it seems to challenge McLeod-Harrison’s thesis. Some attention to this passage would also be welcome.

Fourthly, McLeod-Harrison assumes that human beings are entirely self-determining and thus forecloses in favor of a particular libertarian view of human freedom. For all we know, libertarianism is false and a compatibilist view of human freedom (which is affirmed by a large number of philosophers, both currently and historically) is the correct view. Now this libertarian assumption, along with the presumption of an open theist view of providence, are critical to the author’s argument. So the argument will only be useful for readers who share these views. But notice that these very assumptions further restrict the author’s sympathetic audience, since they rule out universalism. If human beings are entirely self-determining, then there is no way for God to guarantee (that is, determine) that all people will ultimately submit to him for redemption. McLeod-Harrison suggests at the close of the book that God may “remove all limitations” so that the “only rational choice is to move toward God” (69). However, if people are truly self-determining and are not bound even by reason, then even this doesn’t guarantee that all will ultimately come to God.

Finally, there is a significant problem with McLeod-Harrison’s Master Argument. Why assume without qualification that “the permanent cessation of a human is a metaphysically bad event that undermines the divine nature”? Even granting the author’s reasoning about structural values, this doesn’t preclude the possibility that these values may be overridden such as by considerations of justice in response to extreme human wickedness, which conceivably warrants the complete annihilation of certain human beings. If human wickedness is itself a horrific offense against God, then wouldn’t the persistence of such rebellion for all eternity “undermine the divine nature”? And if universalism cannot be expected or even plausibly hoped for (as this is precluded by the author’s open-theism), then the only way to avoid such a “metaphysically bad” state of affairs is for the damned to be annihilated. It would seem, then, that McLeod-Harrison should take the conditionalist position more seriously, given his emphasis on the structural values he so prizes.

Despite these problems and my obvious disagreement with McLeod-Harrison on many points, I do believe The Resurrection of Immortality is a valuable study of an important issue. In many ways, the book advances contemporary scholarship regarding personal eschatology as well as philosophical anthropology. 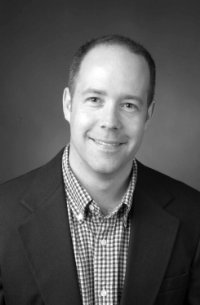