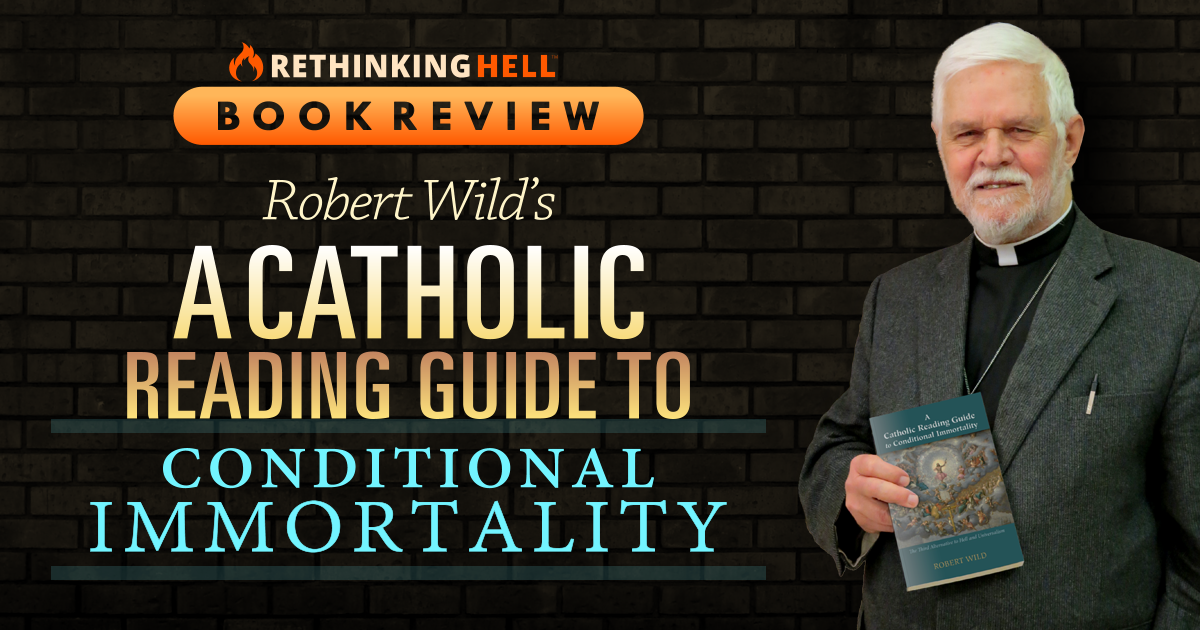 Robert Wild. A Catholic Reading Guide to Conditional Immortality: The Third Alternative to Hell and Universalism. Eugene: Resource Publications, 2016.1 A free digital copy of this publication was given to the reviewer in exchange for a review. Many thanks to Wipf&Stock/Resource Publications.

The official Roman Catholic teaching on the subject of hell is that of eternal torment. Despite this, some have suggested that it is theologoumena rather than dogma, similar to the understanding of hell in Eastern Orthodoxy, where universalism and conditionalism (CI) are both possible options. Fr. Robert Wild is a conditionalist Roman Catholic who advocates for considering both conditionalism and universalism as possibilities for Roman Catholics. He argues that conditionalism is the best understanding both biblically and philosophically, and that CI was likely the most widely held belief among the earliest Christians. He concludes that CI can, and should, become the dominant view again. He writes, “I have come to the conclusion that CI is the more probable answer to the question of the fate of those who remain adamant in their refusal to love… I am also convinced that CI was the most ancient belief in the early years of Christian reflection, that of the Apostolic Fathers and the Apologists… I believe that, eventually, CI will assume its original predominant place and become the main view of Christians.” (p. 175-6). 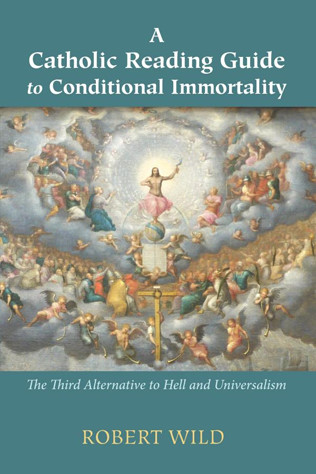 A Catholic Reading Guide to Conditional Immortality follows Wild’s previous book, A Catholic Reading Guide to Universalism, as a means of introducing Catholic readers to these ideas which are largely foreign to them. The book is presented not as a defense of the position from Wild himself, but as a bringing together of sources, a compilation of arguments from others. Wild states that he is presenting this to his readers as compiler rather than as apologist, and so only in the final sections does he make a brief case for accepting CI over ECT and universalism, and actually spends more time explaining why he leans away from universalism, which he did for a time embrace. He writes, “As argued by the conditionalists, I believe that people have the power of making a final fatal choice to refuse the Father’s plan, and that some will so choose. God then accepts the finality of that decision and withdraws existence since they no longer desire to fulfill the purpose for which they were created. Since existence was a totally free gift, it is not unjust to remove it.” (p. 179)

A Catholic Reading Guide to Conditional Immortality fills a unique need: it comes from a specifically Roman Catholic position, and is directed to Roman Catholic readers. CI has been considered by Eastern Orthodox thinkers (though rarely embraced), but among Roman Catholics it is yet to receive much attention. Rethinking Hell is a specifically evangelical project, but we are certainly happy to see CI being presented among non-evangelical traditions. Wild credits the protestant tradition for the re-emergence of what he sees as a position with strong ties to early Christianity, even presenting this dedication: “To those in the Protestant tradition who suffered loss of reputations and positions for reintroducing this teaching into the Christian world.” In his conclusion he writes, “Until a few years ago I had never heard of CI. However, I had been somewhat familiar with Origen’s Universalism: the word apocatastasis kept appearing in the tradition, but I never thought it was a legitimate ‘Catholic’ option.” (p. 175) 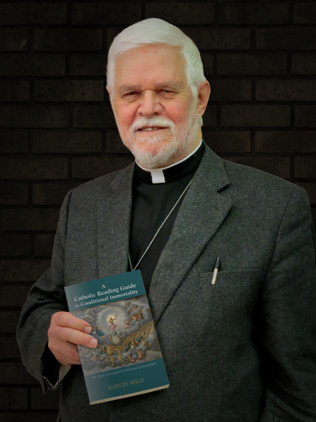 Wild covers a broad spectrum of sources, including some rarely, if ever, cited by other conditionalist writers. Although he is fairly dependent on Froom for his survey of the Church Fathers (he admits as much—and why reinvent the wheel?), he offers a large body of sources from modern philosophers and theologians. These are mostly in favor of CI, but also include some of CI’s critics. CI is often dismissed as being either a fringe notion, or completely absent from historical tradition. For example in Albert Mohler’s contribution to Hell Under Fire,2 “Modern Theology: The Disappearance of Hell,” Hell Under Fire. (Grand Rapids: Zondervan, 2004.) which suggests that apart from Arnobius, CI was essentially unknown until quite recently. But by presenting both supporters and critics, Wild shows that at various times, CI has been a notable position.

However, the book does have some obvious flaws. The framing of CI as an alternative to hell is problematic because 1) conditionalists still affirm a belief in hell, and 2) we don’t hold to it because it’s a better alternative, which almost feels like we are motivated to react against the traditional doctrine, instead of by the arguments for CI. Wild does, to his credit, affirm that the evidence suggests CI was the norm in the Apostolic Fathers, and thus represents the earliest interpretation of the Scriptures. But the use of the terminology of “alternative” seems to weaken that. Perhaps speaking instead of the need for a “corrective” and referring to “eternal torment” instead of “hell” would have clarified these matters, and avoided ceding the term “hell” to advocates of eternal torment.

Because this is a reading guide, we get very little of Wild’s own thoughts, until the final summary section. He admits that this is beyond his intention (allowing historical authors’ own words to speak for themselves, and so he becomes an editor and compiler rather than author). Still, it would have been beneficial to not only present the arguments of others, but to also provide his own commentary and interaction with the primary source material. It would have been worthwhile to see greater engagement with the arguments he summarizes and presents in lengthy quotes. Many sections of the book consist of long quotes, or strings of quotes, with no commentary or paraphrasing by Wild himself. The book would likely have been strengthened with more engagement, and by presenting the arguments of others more often in Wild’s own words.

Overall, it’s a good resource. If it gets widely read, it will likely generate positive discussion and hopefully bring Roman Catholic readers into greater conversation with evangelical conditionalists. Many wrongly assume that the matter has been decided in favor of eternal torment, and that further discussion is not appropriate. But Wild’s book can help challenge those assumptions, thanks to the strength of his case, and his courage in affirming a doctrine which runs counter to the dominant position of his tradition. It remains to be seen what eventuates, but robust discussion on hell among Catholics—and even between Catholics and evangelicals—could potentially be on the horizon.

Readers of this review may be interested in Robert Wild’s paper summarizing his book, as presented by Peter Grice at the Rethinking Hell Conference in Auckland, July 15th, 2017.

All Articles
PrevPreviousThe Hermeneutics of Conditionalism: A Defense of the Interpretive Method of Edward Fudge
NextInfinity, Divine Value, and Hell: A Rejoinder to Jacob BruntonNext
Scroll Up