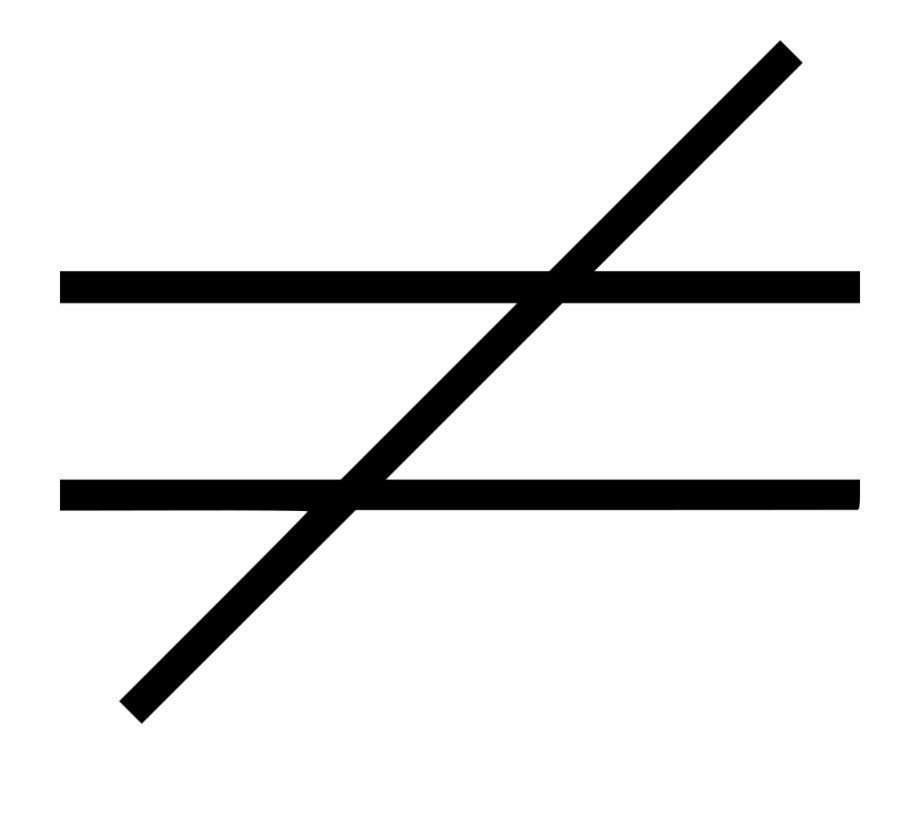 A common argument against evangelical conditionalism, part biblical and part philosophical, is that the Bible and basic justice teach that not all sinners will be punished with the exact same severity. 1Harry Buis, The Doctrine of Eternal Punishment (Grand Rapids: Baker, 1957), 39. 2Robert Morey, Death and the Afterlife, (Bethany House, 1984), 154. 3John Walvoord, “The Literal View” in Four Views on Hell, eds. Stanley N. Gundry and William Crockett (Zondervan, 1996), 21.

From both the biblical and philosophical standpoints, I will say that the argument for eternal torment and against annihilationism, based on degrees of punishment, would have a lot more weight if:

Given how frequently this argument comes up, one might be surprised how infrequently the Bible spells out any sort of degrees of punishment when it comes to hell. The recurring theme over and over is just that there are two groups: those who receive the wages of sin, which is death, and those who receive the gift of God, which is Jesus Christ and eternal life in Him (Romans 6:23).

Is it true that only eternal torment can adequately fulfill the teachings of these passages? How can the above passages be true if all the unsaved suffer the same ultimate fate of annihilation (for lack of a better term)? 8 For more on this, see “Introduction to Evangelical Conditionalism: What Do We Mean by Annihilation?“

The Importance of Judgment Day

Anyone under the banner of evangelical conditionalism would affirm the following core and fundamental belief of anything that could historically be called Christianity: every person who has ever lived will stand before God and be judged. Some will be saved and some will be condemned. Some will be resurrected prior to judgment and some will have never died in the first place. But all will be judged.

For the unrepentant, the fact that there is a judgment day alone can solve the seeming biblical dilemma about degrees of punishment.

After all, nothing inherent to any of the passages above requires something going on for eternity. Furthermore, the passages that speak of judgment day being more tolerable for some than others even specify that what is in view is judgment day. At least when taken at face value, the fact that these passages themselves speak of “the day of judgment” implies a specific period of time, not for ever and ever.

Similarly, if the fact that people will be judged by their works means that some will suffer more as a result of greater sins, judgment day can likewise account for a better or worse experience.

We don’t know many details about judgment day, but there are plenty of ways that the judgment day can be worse for some of the unsaved than for others. Perhaps the unsaved will be punished with conscious torment for a time before they are cast into the fire and destroyed for good, allowing for varying degrees of suffering during this time. Many conditionalists believe this to be the case. Alternatively, maybe the process of dying will be more painful for some than others. Either version fits the idea of degrees of punishment.

Or perhaps it is something more organic. I tend to favor this view, but it is largely speculation. Perhaps there are just varying levels of guilt and shame for one group versus the other. Maybe those who had more light shed upon them and more opportunities for repentance will be haunted all the more by their decisions as they face their imminent demise. Maybe the great men of violence and murder will be reminded over and over again, with the name spoken of each person they killed, that just as they killed men’s bodies on earth, God will now destroy both body and soul in hell (cf. Matthew 10:28).

There are many ways that this could play out. So much of this is speculation because the Bible does not tell us much about degrees of punishment at all. It really is just a series of vague statements made in passing.

But at its core, judgment day solves the problem. It will be more tolerable for some than others. Those whom God considers to warrant greater damnation receive it in one form or another in what happens on that day (which may, of course, exceed a literal 24-hour day). Just as different wicked servants may be beaten more severely, so too would be the experience of the unsaved here.

People Being Judged According To Their Works

A couple things have to be pointed out. First, unlike the other three types of passages mentioned, it isn’t even clear that these passages are speaking about degrees of punishment at all. In fact, Romans 2:6 is actually binary. Immediately after stating that everyone will be judged according to their works in verse 6, verses 7 and 8 split people into just two groups: saved and unsaved.

[God] who will render to each person according to his deeds: to those who by perseverance in doing good seek for glory and honor and immortality, eternal life; but to those who are selfishly ambitious and do not obey the truth, but obey unrighteousness, wrath and indignation.

Questions about how faith and works intertwine notwithstanding, the passage ties deeds to one of two fates, eternal life or damnation. 9Needless to say, since Rethinking Hell advocates evangelical conditionalism, I don’t believe in any sort of truly works-based salvation. I don’t think it’s too controversial of a claim to say that someone who has put their faith in the Lord Jesus Christ and been forgiven because of his blood is expected to be regenerated and led to righteous living by the Holy Spirit. And for good measure, it’s worth pointing out that eternal life is for those who seek not only glory and honor, but also, immortality. There is a reason why annihilationists point to Romans 2:7. Immortality is something to be sought, not something universal.

It could be that the point of the vision is that the books of deeds condemn everyone, since all have sinned and fallen short of the glory of God (Romans 3:23). In light of that, the book of life records those who are in Christ, and as such, they and only they are spared being cast into the lake of fire (verse 15). It would be like what the early church father, Ignatius of Antioch, said in his epistle to the Magnesians: “Let us not, therefore, be insensible to His kindness. For were He to reward us according to our works, we should cease to be.” 10 Ignatius of Antioch, “Epistle to the Magnesians,” The Ante-Nicene Fathers: Volume 1, eds. Roberts, Alexander, James Donaldson, and A. Cleveland Coxe (Christian Literature, 1885), 63. Reproduced at Google Books, https://books.google.com/books?id=ly48AAAAIAAJ&printsec=frontcover&source=gbs_ge_summary_r&cad=0#v=onepage&q&f=false (accessed May 3, 2020).

In that case, the books of deeds could be used not to determine degrees of sufferings, but simply to show that a person has sinned and deserves damnation.

These kinds of passages don’t even go as far as the passages that speak of “greater condemnation” or judgment day being more tolerable for this or that infamous city of sinners. I dare say that in practice, these passages are only secondary evidence for there being degrees of punishment. It is only after you have established degrees of punishment in some form that you can then say that, therefore, it makes good sense that this is what passages like Revelation 20:12 are about.

That all said, even if these passages did ultimately lead to the conclusion that there are degrees of punishment for the damned, the same things said of other verses would also apply here. Since they don’t spell out specifics of how different sinners suffer differently than others – or say anything specific about that topic at all – temporary differences in the judgment process prior to final annihilation would fit the bill. There is no compelling challenge to evangelical conditionalism here.

Few vs. Many Stripes

A further point can be raised about Jesus’s analogy of two slaves who are punished with different levels of severity based on their knowledge of the master’s will in Luke 12:47-48. On its face, it seems odd to describe infinite punishment with something that not only is finite, but where the very difference lies in its finite nature. Jesus didn’t generically say that one slave suffers more or experiences more intense pain. He specifically pointed to there being a number of blows, and one receiving a higher number. The contrast only works because the two slaves receive a finite number of lashes. If the blows were representing infinite conscious suffering, wouldn’t that mean that both slaves receive infinite blows?

Now, I get that it is just an illustration. I would not bet my whole argument on this point. It’s not a dealbreaker for traditionalism, because I do think that the broader point is just that some suffer more than others.

But since it is usually the traditionalist who appeals to degrees of punishment in support of their view, and since this illustration is often cited, it seems fair and reasonable to point out the weaknesses in the very illustrations that traditionalists appeal to.

I should note, even up to this point, I am granting more than some conditionalists would. For example, some have argued that Luke 12:47-48 is not even speaking about final punishment, but rather, the fall of Jerusalem in AD 70. 11 For an example of this, see Glenn Peoples, “Degrees of hell?” Right Reason [blog], posted on June 21, 2011, http://www.rightreason.org/2011/degrees-of-hell/ (Accessed on April 24, 2020). The Jews, who should have known better and who were warned by Christ, instead rejected him and suffered tremendously in the fall of Jerusalem. 12 Jewish historian Josephus spoke graphically about the incredible horrors of the fall of Jerusalem, even claiming over 1 million people died: Josephus. The Jewish War of Flavius: A New Translation. Trans. Robert Traill. Ed. Isaac Taylor. Boston: J.P Jewett and Company, 1858. Google Books. n.d. http://books.google.com/books?id=Fw5MAAAAYAAJ&printsec=frontcover&dq=#v=onepage&q&f=false (accessed April 24, 2020).

This is not the view that I hold. 13 I do hold to orthodox preterism, just not that this passage is about AD 70. However, insofar as other arguments do prevail, they only serve to further weaken the traditionalist appeal to degrees of punishment for those who end up unsaved.

Concluding Thoughts on The Biblical Case

There just isn’t a compelling case for eternal torment based on what the Bible says about degrees of punishment. The whole argument is largely aimed at a variation of annihilationism that entails that the wicked are destroyed instantly at death. Any form of annihilationism that includes the basic Christian doctrines of resurrection and final judgment cannot be beaten simply by invoking degrees of punishment.

In Part 2, we will look at some of the philosophical arguments for eternal torment that appeal to God’s justice in regards to degrees of punishment.

Joseph Dear is author of the comprehensive study, The Bible Teaches Annihilationism. An accounting professional by trade, in his off time he purposefully shares any insight and wisdom he gains through prayer and Bible study, in the hope that it will be useful to others in their walk with God, and may further the cause of our Lord Jesus Christ. In addition to blogging here at Rethinking Hell, Joseph maintains 3-Ring Binder, his personal website and blog.
All Articles
PrevPreviousRH LIVE! Episode 37: Responding to American Gospel
NextEvangelical Conditionalism and Degrees of Punishment In Hell – Part 2Next
Scroll Up