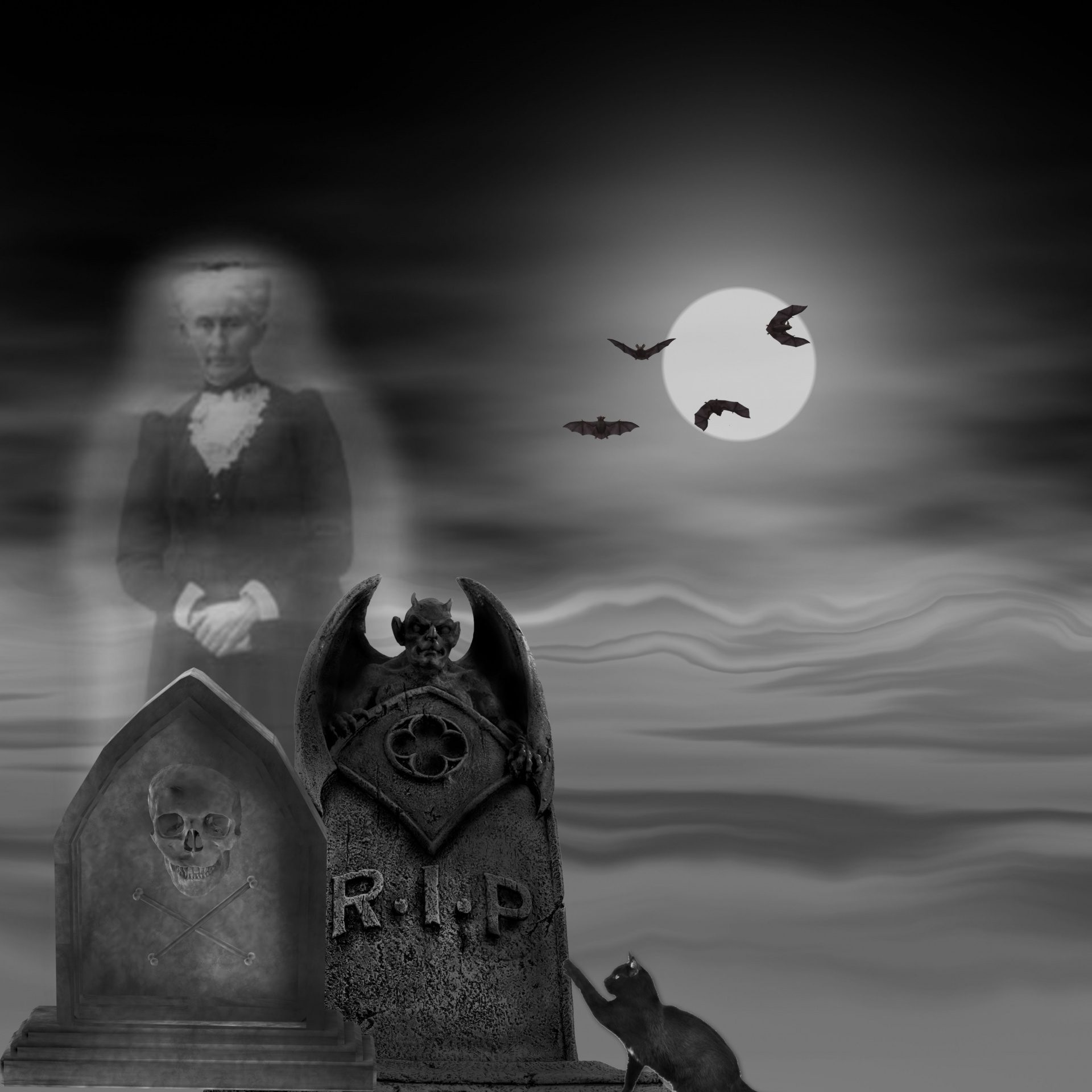 Introduction to Evangelical Conditionalism: Death and Life in the Bible (Part 1)

One of the most key, most fundamental issues in the hell debate is what we are to make of the Bible’s language of death and life. Here at Rethinking Hell, articles on this have been written, and more are forthcoming, as there is a lot to this topic. However, before we get to that, a solid introduction to this matter seemed in order.

Here in Part 1, I will give an overview of why the terms “death” and “life” (i.e. English translations of the actual inspired text), as well as their related terms, are such a big part of the discussion. I will put forth what I believe to be the best way to understand such language (in a way consistent with conditionalism, of course).

Finally, in Part 3### will address a fringe view within traditionalism that comes into play and will close things out.

Note: In Rethinking Hell Live: Episode 40 on Youtube, fellow contributor Chris Date covers most of this material, and a lot more. If you have already watched that video then you pretty much know what you need to know.

But for those who prefer a shorter, written articulation (split up into three easy-to-digest parts), this introduction is meant to serve as a good primer so that, in further, more in-depth discussions (both past and future) about what the language of death and life mean in terms of the eternal state, the reader will have better idea of where I and others contributing to the discussion are coming from.

The Significance Of Life and Death Language To the Hell Debate

The reason that death and life language are so important to the hell question is because of the relationship between life and consciousness.

The Bible rarely speaks of consciousness directly. However, it does often speak of life and death. And when it speaks of the age to come and final judgment, the contrast is clear: the unsaved suffer death while the saved will have life.

Numerous passages fit the bill. Many passages speak of life for the saved, in contrast (either explicitly or implicitly) to the fate of the saved, being death. A few examples worth noting would include Luke 18:30, John 3:16, and Romans 2:7. Romans 6:23 probably paints the dichotomy most clearly and concisely of all:

Taken at face value, passages such as this, and the overall contrast in the Bible between life for the saved and the lack thereof for the unsaved, sound like they teach evangelical conditionalism.

Even many traditionalists, now and historically, will speak of the conscious people in hell as being alive, not dead, etc. (except when debating conditionalists). There are many examples, as noted in the footnotes. Here are a few for reference: 2 For more on this, see Episode 58 of our podcast: “Persuasive or Evasive? Subtle and Not-So-Subtle Shifts In Traditionalist Dialectics, With Ronnie Demler.” Recorded at the 2014 Rethinking Hell conference, Ronnie Demler quotes 23 respected traditionalists, across time and denominations, affirming that the unsaved do not die in hell, and that they live forever – and that is only one small segment of a larger presentation about the way traditionalists openly use the Bible’s language of what will happen in hell to say what they believe will not happen. See 5:52-13:30 for the part on never dying and living forever. 3A more formal written form of Ronnie Demler’s presentation, with formal citations, can be found here: “Sic et Non: Traditionalism’s Scandal,” A Consuming Passion: Essays on Hell and Immortality Written in Honor of Edward Fudge (Pickwick, 2015), 255-276. This version contains 19 examples.

Every human soul is immortal. No soul, no inner person in any human being, ever goes out of existence. Every human being ever born lives forever (John MacArthur). 4 John MacArthur (2003, August 24). “The answer to life’s greatest question, Part 1.” (Sermon, Grace Community Church, Sun Valley, CA).

Thou art a fallen creature, having only capacities to live here in sin, to live forever in torment (Charles Spurgeon). 5 Charles Spurgeon (1857, December 13). “The Holy Spirit and the one church.” (Music Hall, Royal Surrey Gardens, London).

Everybody lives forever somewhere. 6 Every preacher who has ever lived.

How Then Can Traditionalism Be Consistent With The Bible’s Language?

For the traditionalist, the strongest arguments are not that we don’t all intuitively understand that conscious things are alive. Even most traditionalists, at least historically, seemed to have understood that. Rather, the strongest arguments are that the Bible uses the language of death and life metaphorically. The unsaved will have literal life in hell, but when the Bible speaks about life and death in the context of heaven and hell, it means it in other ways that allows both to be a conscious experience.

When this is understood, I do believe that it greatly weakens the case for traditionalism. When a view is dependent on the Bible consistently using metaphorical language in a context that the Bible frequently touches upon is not an enviable position. Nevertheless, it is at least a coherent position that makes sense in a vacuum. In future articles, I (and likely others) will really dig into it, make the case against understanding such uses metaphorically, and show that the language of life and death is meant to be more straightforward. The wages of sin is death because you really and fully die. 7 Some evangelical conditionalists have more similar views of the life and death language in the Bible as traditionalists. They see it as more metaphorical and prefer to focus on other reasons to believe in evangelical conditionalism. 8 For an example of a past article that touches upon the “death” issue, see “Warned of Sin’s Wages: A Concise Explanation of Death In Genesis 2:17 And Romans 6:23“.

The Relationship Between Physical Bodies and The Traditional View of Hell

This goes back to the creation of man. God does not create Adam, the first human, as a ghost that later takes on a carcass. He does not create man as an immaterial soul that takes on a body. Rather, as Genesis 2:7 tells us, God creates Adam as a physical man, from the dust, before he is even alive. God then animates this physical being with the breath of life. God animating Adam, giving him consciousness, is what turned that inert body into a living body and made Adam a living being.

Humans are meant to be conscious, embodied creatures.

Some great conditionalists put considerable emphasis on this aspect of embodiment, including Rethinking Hell co-contributor Chris Date in Rethinking Hell Episode 40, as I mentioned above (and as I recommend for those interested in a deeper dive on this topic). I focus more on consciousness, but I agree with the overall view of God’s design for human existence.

There is a Resurrection of Saved and Unsaved Alive

It’s not a secret that the doctrine of resurrection, the belief that the saved and unsaved will all physically rise from the dead as living, embodied people, is central to Christianity. Unlike with eternal torment, there really is not much controversy among those who profess faith in Jesus and accept the Bible as the word of God on this issue. 9 Contrary to what is sometimes said, eternal torment has been challenged at various times in church history, and, more importantly, a considerable number of early church figures did not believe in eternal torment. For more on this latter point, see “Introduction to Evangelical Conditionalism: The Doctrine of Eternal Torment Was Not Universal in the Early Church“. Aside from passages that use the word “resurrection” (Greek anastasis), passages like Daniel 12:2 and John 5:28-29, in straightforward, didactic manner, confirm that at the end of the age, graves will open and people who were buried will rise.

Being a physical, embodied creature is central to being human in a biblical worldview. Even the common, traditional idea of a temporary, disembodied intermediate state between bodily death and resurrection is not even a tiny blip on the eternity that humans are designed to live (more on this intermediate state issue in Part 2###).

It is for this reason that theologians throughout church history, if they believed in eternal torment at all, would usually make clear that they believed the eternal pains of hell were experienced by resurrected people with bodies (as opposed to naked souls). People rise to physical, embodied life at the resurrection, and nothing in scripture or logic would indicate that the body dies again but the soul somehow stays alive, so it follows that eternal torment would be inflicted on physically tangible, embodied people.

But if humans are conscious forever in bodies, then by any reasonable measure, they are alive. Imagine a creature that can not only think and feel and experience but also has a body that is sentient and functioning, presumably with at least some aspects of our pre-resurrection bodies now (e.g. breathing, beating hearts, blood flowing, etc.). It strains credulity to speak of such a being as being dead and not alive.

Therefore, any Christian doctrine of eternal torment requires that the unsaved have literal eternal life. And that is why traditionalists historically have accepted and conceded that people in hell have life for as long as they are there (which is for eternity).

For more on the idea of embodied sinners in hell and the idea of life, and for more on the biblical and historical Christian teaching on resurrection, see Chris Date, “Obfuscating Traditionalism: No Eternal Life in Hell?”

Here in Part 1, we have addressed, in an introductory manner, why the language of life and death in the Bible is so important to the hell question and how eternal torment requires people to live for eternity. That is a problem when your authoritative scripture teaches that the damned face death, not eternal life.

In Part 2, we will look at how the intermediate state – and the different beliefs about it within Christendom – can impact how we understand the language of life and death. Not surprisingly, it will not not be nearly as helpful towards the traditional view of hell as some make it out to be, once we look at the issue with scripture and the normal understanding of words and ideas.

Joseph Dear is author of the comprehensive study, The Bible Teaches Annihilationism. An accounting professional by trade, in his off time he purposefully shares any insight and wisdom he gains through prayer and Bible study, in the hope that it will be useful to others in their walk with God, and may further the cause of our Lord Jesus Christ. In addition to blogging here at Rethinking Hell, Joseph maintains 3-Ring Binder, his personal website and blog.
All Articles
PrevPreviousRH LIVE! Episode 49: Responding to Al Mohler
NextIntroduction to Evangelical Conditionalism: Death and Life in the Bible (Part 2)Next
Scroll Up
English
English
Español de Puerto Rico