In this episode of Rethinking Hell Live, Chris responds to a recent episode of Alisa Childers’ show, in which she and interview guest Lee Strobel discuss the topic of hell.

Chris Date debates the nature and duration of hell with traditionalist Tony Costa on Chris Arnzen’s “Iron Sharpens Iron” radio show. In this episode, after summarizing how they each think the debate went, they answer audience questions in a follow-up to their two-part debate.

END_OF_DOCUMENT_TOKEN_TO_BE_REPLACED 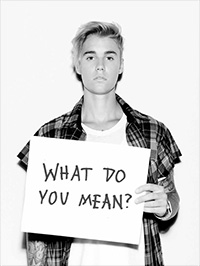 Alas! The hell debate has a terminology problem. First, traditionalism is nondescript and sometimes considered pejorative. It’s also not quite accurate: there were several traditions in early Christendom, with eternal torment dominating in the Western church from around the fourth century. Next, universalism can refer to the inclusivist outlook on world religions, which evangelical universalists typically deny in favor of an eternal opportunity to respond to the gospel. Finally, conditionalism (short for Conditional Immortality) is sometimes reduced to a view about the mechanics of human mortality/immortality instead of pertaining to ultimate destinies in the context of eschatology.

The addition of some expanded terms to our deck, like “eternal torment” and “universal salvation” (or “ultimate reconciliation”), helps us to compensate for some shortcomings. However, despite many proposals, no viable alternative set of terms has emerged that is clear and consistent across all three positions. For better or worse, it seems that these terms are here to stay, including the well-established shorthand labels. END_OF_DOCUMENT_TOKEN_TO_BE_REPLACED

Dr. Veli-Matti Kärkkäinen, Professor of Systematic Theology at Fuller Theological Seminary, joins Rethinking Hell contributor Chris Date to discuss his take on hell and final punishment as a systematic theologian and his five-volume series, A Constructive Christian Theology for the Pluralistic World.

END_OF_DOCUMENT_TOKEN_TO_BE_REPLACED

Rethinking Hell contributor Chris Date responds to comments recently made by James White on the Dividing Line, in which White rightly explains that biblical language of Christ shedding his precious blood means he died as a substitute in place of those for whom his sacrifice was made. Chris asks, if the blood of Christ points metonymically to his substitutionary death, doesn’t that mean the punishment awaiting the unsaved is likewise death?

END_OF_DOCUMENT_TOKEN_TO_BE_REPLACED

What is conditionalism? Basically, there are three views on hell, and they are all represented within evangelicalism. There is traditionalism, universalism and conditionalism. Setting aside for the moment that there are different varieties among these views, I will speak in general terms about each position:1Most seem to believe in a form of “separationism.” Along with this is a form of “lewisianism” in which all who are in hell, ultimately choose it, and hell’s door is locked from the inside (C.S.Lewis). Yet there are those, like N.T.Wright, who suggest a kind of “dehumanization,” that those who refuse to respond to the gospel, and only worship themselves, “that after death they become at last, by their own effective choice, beings that once were human but now are not,” but however, he admits that this is wandering into “territory that no one can claim to have mapped” (N. T. Wright, Surprised by Hope: Rethinking Heaven, the Resurrection, and the Mission of the Church [New York, NY: Harper One, 2008], 183.). To illustrate this, some point to Smeagol’s ghastly transformation into Gollum in the LOTR Trilogy. Yet, ironically, Gollum is eventually annihilated in the volcanic fires of Mount Doom.

END_OF_DOCUMENT_TOKEN_TO_BE_REPLACED

Timothy Keller is a widely respected Christian pastor and much-needed public voice. But even our best and brightest are prone to saying questionable things due to the implications of their doctrine of hell. A case in point is Pastor Keller’s recent tweet: “Unless you believe in Hell, you will never know how much Jesus loves you.” This statement proved to be quite controversial, leading Keller in subsequent tweets and comments to seek to clarify what he had meant.

Now, to those like myself who believed for decades that the Bible taught a hell of eternal torment, Keller’s statement doesn’t seem controversial at all. It hits all the right notes for conservative evangelicals, and just feels appropriately pious and true. It’s one of those statements you whip out when you want to defend hell from its liberal or postmodern detractors. There are many variations on the theme—to do with God’s love, glory, holiness, or even His willingness to defer to the sinner’s own desires—but in each case the basic formula is the notion that the worse hell looks, the better God looks by contrast.

For example, if you think that the idea of a loving Creator tormenting people should cause us to raise at least one eyebrow, simply realize that people in hell are tormenting themselves, and you’ll soon feel much better about the whole thing. In time, you will see that God is really being magnanimous for giving them a separate place to do so. You know, forever.