END_OF_DOCUMENT_TOKEN_TO_BE_REPLACED

In the discussion of hell, Denny Burk has a very significant advantage; his interpretation is the majority opinion. What cannot be disputed in this discussion is that over the course of 2000 years of Church history the majority (though of course not all) of Christian theological writing has presented that those who reject the Gospel of Jesus Christ will experience eternal conscious torment (ECT) in hell. But one of the things which becomes apparent in reading Denny Burk’s chapter in Four Views on Hell (Grand Rapids: Zondervan, 20161Many thanks to Zondervan for providing copies of this book to Rethinking Hell contributors. – for a chance to win a copy enter here) is that the scriptural basis for this view being the majority is far more flimsy than this view’s advocates would have us believe. Even though John Stackhouse, Robin Parry, and Preston Sprinkle pointed out several problems (there will be considerable overlap below) there is still much in Burk’s presentation to be covered.2The same can be said of the other contributions which will be reviewed in the near future

END_OF_DOCUMENT_TOKEN_TO_BE_REPLACED 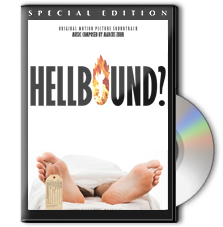 I know of two movies going by the name Hellbound. One that I’m sure everyone knows—right?—is Clive Barker’s sequel to his Hellraiser classic horror. The other is a new documentary called Hellbound, written and directed by Kevin Miller. I almost added “in which he explores the doctrine of hell” because I believe that is how Miller wants the public to see the movie, but after having watched the movie carefully I don’t think I would naturally describe it that way. None of the important issues of hell—its biblical basis, its historical development, its critics and the evidence they cite—are really broached in what I would call much depth. While I genuinely appreciated aspects of what Miller was trying to say, I came away with real reservations about much of what was presented here, and certainly about the way that it was presented. END_OF_DOCUMENT_TOKEN_TO_BE_REPLACED

After my debate with Joshua Whipps was published, I suspected that I would hear about it on the Dividing Line (DL), a webcast hosted by one of the theologians and apologists I respect and admire most, Dr. James White of Alpha & Omega Ministries (AOMin). Joshua frequents the AOMin chat channel, and he talked to Dr. White both leading up to and immediately following the debate. The thought of listening to Dr. White review the debate terrified me, but not because I feared being challenged by his arguments; rather, I have such deep respect and fondness for him and his ministry that to hear him speak negatively about me would crush me.

Tuesday’s DL came and went with no mention of the debate, and in it Dr. White said he would be speaking about Islam on Friday’s show. And so I didn’t listen to Friday’s show live, but as I prepared to leave work I visited the AOMin blog and my heart began racing as I read the words, “Started off with a quick review of a recent debate on annihilationism, then took calls. The first two were on the same subject, so we covered a lot of ground on the topic today.” I could feel my heart beating in my neck as I opened my Zune software, downloaded the episode, synced it to my Windows 7 phone and began to listen. But very quickly my terror was replaced by relief and my admiration for Dr. White swelled. I know not everybody is a fan but, I must confess, I love the man and his ministry.