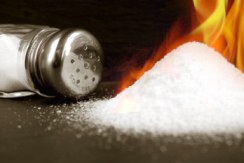 Leading up to my recent debate, when my opponent asked me how I understand this verse I did not yet have an answer. But with the help of some friends and fellow conditionalists I developed a confident response—and I’m glad I did because it came up briefly during cross-examination. Here I’ll explain in further detail the answer I gave.
END_OF_DOCUMENT_TOKEN_TO_BE_REPLACED