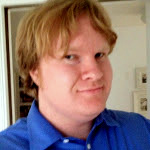 Rethinking Hell contributor Joey Dear continues to discuss the meaning of death, what the Bible means when it speaks of living people as if dead, and what it all means for conditionalism, in part two of his series.
END_OF_DOCUMENT_TOKEN_TO_BE_REPLACED

Rethinking Hell contributor Joey Dear discusses the meaning of death, what the Bible means when it speaks of living people as if dead, and what it all means for conditionalism. Stay tuned for part two in an upcoming episode!
END_OF_DOCUMENT_TOKEN_TO_BE_REPLACED 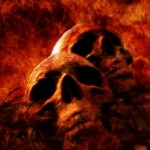 In his apocalyptic vision recorded in the book of Revelation, John sees a lake of fire into which the risen wicked are thrown (20:15). There they join a seven-headed, ten-horned beast, a two-horned beast (the false prophet), and the devil, all three of whom are in eternal torment (20:10). This imagery is often appealed to by proponents of the traditional view of hell, typically treating it incorrectly as if it were a literal description of future events, or offering no justification for assuming that the proper interpretation is one in which the damned will suffer for eternity,1For one of several reasons to interpret the imagery otherwise, see Date, C. [2012, July 12]). “Consistency in Preterism: Annihilation and Revelation 20:10” Rethinking Hell [blog]. Retrieved 26 August, 2012. http://www.rethinkinghell.com/2012/07/consistency-in-preterism-annihilation-and-revelation-2010 despite the interpretation offered by “He who sits on the throne” (21:5) which is that the lake of fire is a symbol for “the second death” (21:8).

Conditionalists, recognizing this as the divine interpretation of the cryptic lake of fire imagery, take the interpretation in a quite straightforward way: those who die apart from Christ will rise and die a second time. Traditionalists offer an alternative explanation for the phrase, “the second death.” As the first death is a separation of body and soul, they often argue, so, too, is the second death a separation, one of the whole person from God for eternity (a claim which itself will be examined more closely in the future here at Rethinking Hell). And whereas the first death is physical, they tend to say that the second death is in some way a spiritual one. But in identifying the second death as spiritual death and separation from God, they demonstrate that they don’t really think it’s a “second” death at all.