Part 6 of our series of episodes reviewing Hell Under Fire: Modern Scholarship Reinvents Eternal Punishment, edited by Christopher Morgan and Robert Peterson. This sixth episode in the series reviews chapter 10, “Pastoral Theology: The Preacher and Hell,” by Sinclair Ferguson. END_OF_DOCUMENT_TOKEN_TO_BE_REPLACED 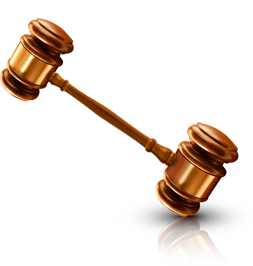 Some have argued that if the lost will be destroyed, that is, if they are not subjected to eternal misery, then it would be pointless for God to resurrect them. Given the context of physicalism or possibly soul-sleep—which of course not all annihilationists hold to—Arthur W. Pink writes the following: “The absurdity and unscripturalness of Annihilationism are easily exposed. If at death, the sinner passes out of existence, why resurrect him in order to annihilate him again?”2Pink, A. W. Eternal Punishment (1940), 13. Consider also what Sinclair B. Ferguson said while preaching at the Desiring God conference for Pastors in 1990. Assuming dualism and conscious punishment in the intermediate state, he argues that the resurrection of the unsaved prior to annihilation “must be viewed as some kind of cynical joke in the heart of this All-Righteous God, that he punishes men and women and then raises them from the dead simply to annihilate them out of all existence.”3Ferguson, Sinclair B. “Universalism and the reality of eternal punishment: The biblical basis of the doctrine of eternal punishment.” Preached at the Desiring God Conference for Pastors, January 29, 1990.

While conditionalism is true, we nevertheless know that there will be a resurrection of both saved and unsaved (Daniel 12.2; John 5.28-29), so then what is the response from conditionalists?