END_OF_DOCUMENT_TOKEN_TO_BE_REPLACED

Rethinking Hell contributors William Tanksley and Darren Clark join Chris Date to critique Greg Koukl and Tim Barnett’s article series at Stand to Reason called “Hell Interrupted.” This episode contains part 4 of their discussion; the next episode will contain the final installment of the series.

END_OF_DOCUMENT_TOKEN_TO_BE_REPLACED

Rethinking Hell contributors William Tanksley and Darren Clark join Chris Date to critique Greg Koukl and Tim Barnett’s article series at Stand to Reason called “Hell Interrupted.” This episode contains part 3 of their discussion; the next one or two episodes will contain the remainder of the series.

END_OF_DOCUMENT_TOKEN_TO_BE_REPLACED

Rethinking Hell contributors William Tanksley and Darren Clark join Chris Date to critique Greg Koukl and Tim Barnett’s article series at Stand to Reason called “Hell Interrupted.” This episode contains part 2 of their discussion; the next two or three episodes will contain the remainder of the series.

END_OF_DOCUMENT_TOKEN_TO_BE_REPLACED

Rethinking Hell contributors William Tanksley and Darren Clark join Chris Date to critique Greg Koukl and Tim Barnett’s article series at Stand to Reason called “Hell Interrupted.” This episode contains part 1 of their discussion; the next two, three, or four episodes will contain the remainder of the series.

END_OF_DOCUMENT_TOKEN_TO_BE_REPLACED

This is the second part of my response to an article by Tim Barnett and Greg Koukl (henceforth B&K) of the ministry Stand to Reason, called “Hell Interrupted – Part 2.” In their article, B&K attempt to critique the conditionalist reading of the Bible via three interpretive principles drawn from a textbook on hermeneutics by William Klein, Craig Blomberg, and Robert Hubbard.1 William W. Klein, Craig L. Blomberg, and Robert L. Hubbard, Introduction to Biblical Interpretation, 3rd Ed. (Grand Rapids, Michigan: Zondervan, 2017), 264. In the first part of my response I focused only on their first two principles of interpreting passages and words in their immediate contexts. I avoided addressing their third principle because I believe that technically it isn’t an interpretive principle. In this article I will address this principle in detail. It would be best to begin by quoting this principle in full as B&K articulated it:

Biblical teaching in earlier parts of the Bible…are developed and enlarged in later revelation …. In some instances, God reveals His truth progressively [emphasis added]. Often, the first word is not the complete story. Later revelation gives us the fullest picture, the most complete characterization. Consequently, “where earlier revelation has progressively prepared the way for later formulation of God’s truth, we must give priority to the later [emphasis added].” Put simply, the final word is the last word.

END_OF_DOCUMENT_TOKEN_TO_BE_REPLACED

I consider myself an exegete. For seven or so years last decade during my dual degrees at Malyon College–a Baptist seminary in Brisbane, Australia–I developed a passion for biblical hermeneutics and exegesis that remains with me today.1 In this article the term hermeneutics refers to those principles one employs when interpreting and applying a text. Exegesis is the process of applying hermeneutical principles to properly read meaning out of a text. Eisegesis is the hermeneutical sin of reading meaning into a text. At the start of each semester, I would make sure I could fit every single exegetical subject into my schedule. I became capable enough in this area to be employed by the college as their first study skills tutor, a role in which I was responsible for teaching new students hermeneutical and exegetical principles. I point all this out simply to show that I am in a position to recognize when these principles may be incorrectly applied, or not even applied at all. END_OF_DOCUMENT_TOKEN_TO_BE_REPLACED 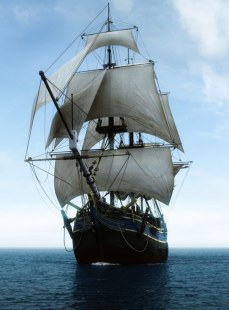