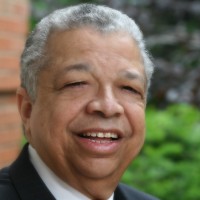 A few days ago Chris Date asked me to read and evaluate an article written by Dr. Glenn Peoples. I read the article and concluded that his argument was valid. I stand by my evaluation of Glenn’s article.

His article drew a stern response from Adam Blauser, a blogger at Old Testament Studies Blog. The issues involved in this exchange between Glenn and Adam deal with the proper interpretation of Isaiah 66:24 and whether the Hebrew word כָּבַה carries a passive meaning.

In this post I will not deal with the interpretation of Isaiah 66:24. That would require another post and a different approach from the one I plan to take in this post. Rather, my purpose today is to address the issue of the passive Qal and comment on other issues raised by Adam as he responded to Glenn’s article. END_OF_DOCUMENT_TOKEN_TO_BE_REPLACED 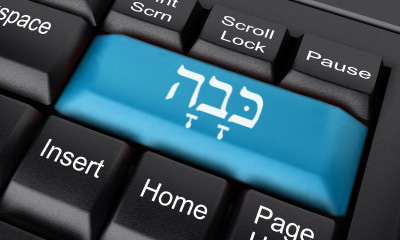 Adam Blauser, a blogger over at Old Testament Studies Blog has been giving us some free rent in his mind of late and has invested a bit of time responding to blog entries here at Rethinking Hell. In his first response Blauser takes issue with my article about the meaning of apollumi in the synoptic gospels. He grants the fact that the term means literally kill and destroy in the examples I discuss but insists that this does not literally inform the word’s meaning when it is used to describe final punishment, for it is wrong to assume that the word there carries the meaning that it universally carries in grammatically similar instances. This is because hell is an eternal matter and we can’t assume that words carry their normal meaning, the meaning they have in normal speech discussing natural matters, when we are speaking about the affairs of the age to come. I responded in the comments section over there and while the argument isn’t substantial enough to warrant lengthy comment here I shall describe it very briefly: Scripture speaks literally about eternal matters with the same language that we use in normal speech about natural affairs all the time. When it comes to apollumi—which, as I showed, in grammatically similar contexts always carries the strong meaning of literally kill or destroy—and the subject is final punishment, the only reason we would have for resisting a natural meaning for that word is if we began by assuming that there is something about final punishment that is not compatible with literal destruction. But how else are we to know what scripture teaches about final punishment if not by learning from the terms that it uses to do so?

However, in a second article on annihilationism, Blauser maintains that he has discovered and provided solid linguistic proof that we have made a mistake when interpreting Isaiah 66. As this is a more falsifiable claim, I was curious to have a look at the evidence. In short, although Blauser invests some time and space reproducing what he takes to be good evidence in fairly technical detail, his claim turns out to crucially depend on assumptions about Hebrew verbs that are simply incorrect, namely, that the form of the verb used in Isaiah 66:24 cannot have a passive meaning due to its stem. In fact, once we review the evidence we find that it only offers further support for our conclusion.